That College Entrance Fraud and Bribery Tale is beyond Epic!

Los Angeles, CA—I spent the afternoon in the courtroom of Federal Magistrate, Alexander MacKinnon.  He arraigned and set bail for a handful of accused that had already been indicted on Conspiracy and Racketeering charges

The vast majority of the 31 people were only brought before the court for an Initial Appearance on Complaints.  That’s the first step in the process.  Those brought in on complaints have a bit of wiggle room to save themselves.

At this point there are some 50 people caught up in this very novel prosecution.  Prosecutors allege that the ringleader, Rick Singer ran a consulting company that facilitated fixing ACT and SAT scores with the use of a ringer by the name of Mark Riddell who took these tests for the applicants.

Prosecutors also said that Singer proceeded to bribe various school officials and coaches to allow these well-connected, under-achievers a back door entrance to the very best colleges throughout the nation.

Prosecutors allege that Singer netted no less than $25 million over the last decade through this scheme.

Federal authorities arrested actress Felicity Huffman who according to the complaint, was caught in a wiretapped conversation trying to seal the deal with Singer.  On the phone with them was Huffman’s husband, actor William H. Macy.  So far Macy has not been charged. This has an odor of prosecutorial mischief, perhaps aimed at getting the couple to cooperate with authorities.

Another well-known actress, Lori Loughlin somehow evaded the FBI Dragnet but is expected to surrender with her lawyer very soon. Her Husband, Mossimo Giannulli was not so lucky and spent the better part of the day as a Federal prisoner.

Bail was set on various defendants between $1Million and $50,000.00. Huffman’s bail was set at $250,000.00. The defendants were all ordered to surrender their passports and stay within the confines of the Continental United States.

As for the parents, one family paid $6.5 Million to get their child into a prestigious school.  Others paid very handsomely to sidestep those annoying admission requirements.

That begs me to suggest that this was the most egregious case of entrapment I’ve ever seen.  Tell me what parent could not be convinced to help their precious children.

If there is a crime here, it involves the bribe takers and Rick Singer. Punishing wealthy parents for helping the children is fundamentally flawed. The US Attorney is far from finished here.  Who knows what other hapless parents will be made to take this very public, Perp Walk?

I now firmly believe that JFK’s assassination was in fact, a successful coup d’état. 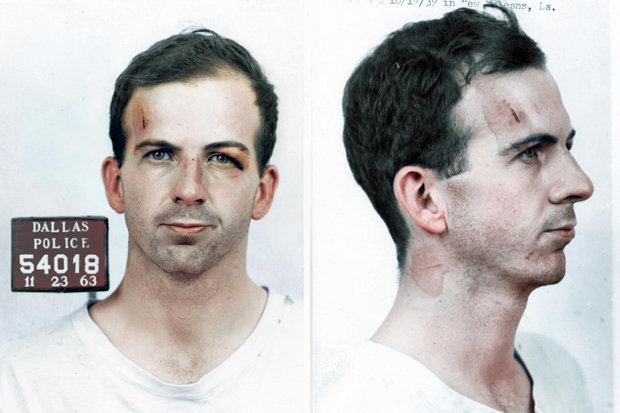 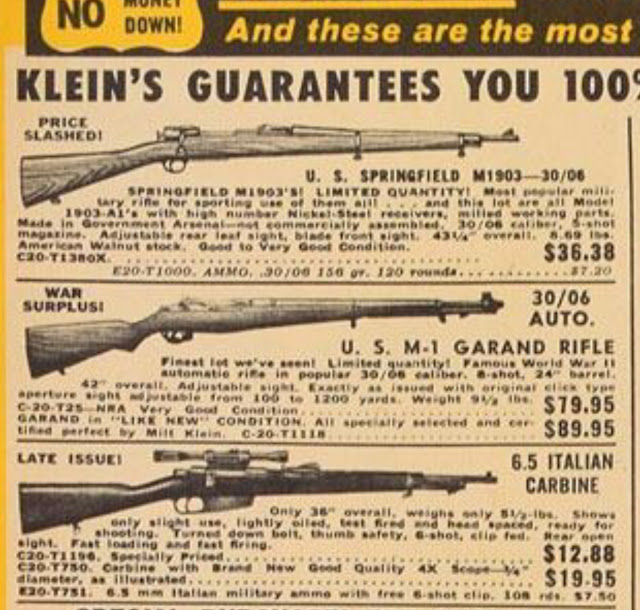 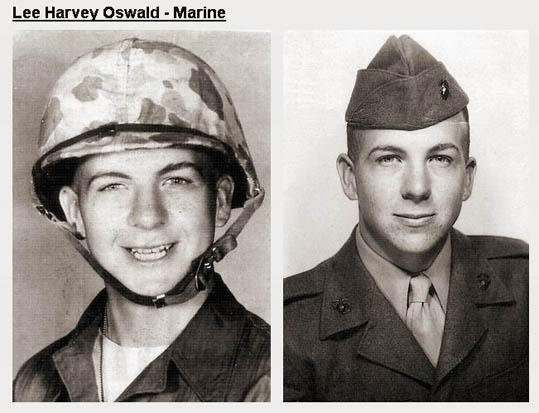 Dallas, TX— Call me a conspiracy theorist if you will, but I have finally accepted the notion that our own intelligence community killed JFK.

The single most important reason I was convinced Lee Harvey Oswald acted alone involved the rifle he allegedly used.  The bolt action, Italian 6.5×52mm Carcano Model 91/38 Rifle was a total piece of crap.

It was clear to me that any reasonably financed group would never rely on that rifle for such an important task.

Oswald was seemingly living in a state of poverty and bought the cheapest rifle he could find in the Klein’s Sporting Goods, mail order advertisement.

Had he the money, Oswald could have spent a little more for a far superior rifle that he was familiar with as a Marine, the venerable M-1 Garand semi-automatic battle rifle.

Oswald seemed to be an easily manipulated fellow who effortlessly traveled to and from the Soviet Union.  Was he really a Castro sympathizer?   This now seems like a manufactured profile cover.

Oswald may have been working as an employee or more likely a disposable contract agent.

I now believe that a single, "money shot" killing Kennedy came from a quality rifle fired by a superior marksman from the grassy knoll, wooden fence area.  He was someone acting at the direction of the Deep State.

The American intelligence community had and still has a core concept that they, not the American voters are supremely qualified to pick our leaders.

The FBI, NSA and CIA went rogue long ago and are still lawless today.  We’ve learned that from COINTELPRO, Ruby Ridge, the Branch Davidian slaughter, along with the more recent revelations of Edward Snowden and Bradley “Chelsea” Manning.

Our intelligence agencies are solidly above the law since their leaders and operatives have never once been brought to justice for any of their significant crimes!

Never forget that the JFK assassination files have still never fully been released.  Time locks have been placed on the records to insure nothing damning would be released until long after the government’s culprits were dead and of course out of reach for criminal prosecution.

Governments cannot be trusted, that’s why our wise founders gave us a Second Amendment! 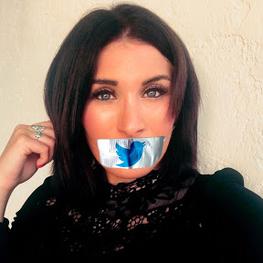 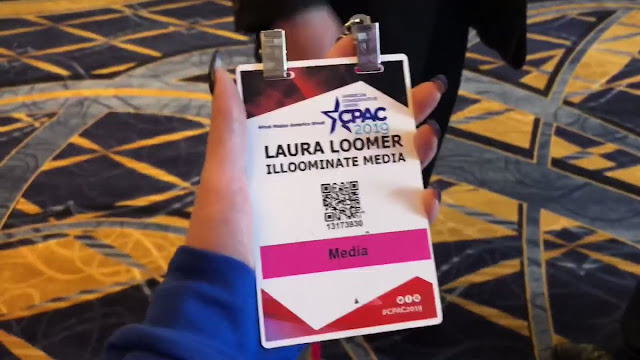 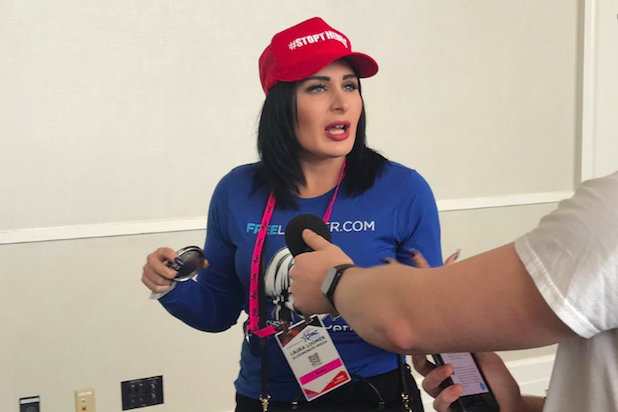 Loomer publishes her material on her website and YouTube channel.  That actually qualifies her by definition as a legitimate journalist.

Loomer has developed a confrontational style where she “Loomeres” those Leftist political newsmakers.   Loomer demands answers as a form of unbridled advocacy and activism.  That activity has gotten her ejected from book signings and numerous  political events.

Crashing the gates and fences of Gavin Newsome and Nancy Pelosi that both claimed a border wall was immoral captured police attention.  Loomer risked arrest and prosecution to demonstrate their stunning personal hypocrisy.

Loomer has run afoul of Muslims and their Leftist sympathizers, calling them out on their bias and violence against Jews and Gays.  That activity has gotten her banned from Uber, Lyft, Twitter, Pay Pal and Chase Bank.

Loomer went to Congress and challenged Twitter CEO, Jack Dorsey on his ambiguousness on his website’s shifting censorship policies.  When Twitter banned Loomer she handcuffed herself to their NYC front door.

Can Loomer be simultaneously both an advocate and a journalist?   She crosses the line when she actually becomes the story rather than just covering the news. There is an obvious conflict here.  But it’s not slowed down this firebrand one bit.

Loomer obtained press credentials to attend and cover CPAC.  Her credentials were revoked and confiscated after she reportedly Loomered CNN reporter, Oliver Darcy over his biased coverage of President Trump.

Loomer is currently championing a campaign of defending the First Amendment Rights Of Conservatives.

Conservatives are under constant Leftist censorship attacks.  Simply wearing a red Trump hat near Liberals has been an excuse for Leftist violence.

We need more Laura Loomers or we will have no free speech rights.  Like her message or not, if we refuse to protect Loomer, who then will protect us?