Who is Arizona Milke, a Victim or Just Another Dysfunctional Drug Addicted Ex-Convict? 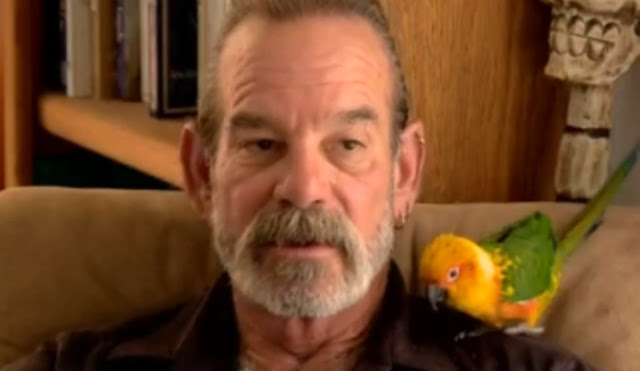 Phoenix, AZ—Mark Henry Milke has legally changed his name to Arizona Milke.  It’s understandable, he’s got a very troubled past.  He is an ex-convict and drug addict that happens to be the father of four-year old Christopher Milke.  James Styers and Roger Scott murdered Young Christopher Milke in December of 1989.
If Debra Milke is guilty of any wrongdoing it was by being smitten as a young adult by this smooth older con man.  Mark Milke had that bad boy image and young Debra was delusional that she could meet the challenge to somehow change and tame him.
Mark Milke was a sometime carpet installer when he was not in jail, prison or simply idle because of alcoholism, mental illness or his drug addiction.  Milke has a long documented history of domestic violence with numerous women.  The Orders of Protection, mental commitments and criminal cases were once all available at the Maricopa County Court Clerks records.  Later the law was changed and his mental commitments were removed from public viewing.  I still have two old case numbers.
Early in their failed marriage Debra, soon learned that Mark was dangerous and a horrible excuse for a father.  He did not support his child and refused to stop his law breaking and substance abuse.  Mark threatened Debra and Christopher and that sent Debra Milke running to the courts for protection during their divorce.
Debra Milke had to seek safety from Mark and her sister knew a sometime church going James Styers who was a single father of a girl  Christopher’s age.  Styers was a Marine veteran living on a disability pension.  More importantly Styers had a two-bedroom apartment and offered to rent one to Debra and her son.
Styers quickly tried to romance Debra but she understandably rebuffed the older man.  Soon Debra got a better paying job across town and rented her own two bedroom apartment in Tempe close to her job.  It was after Debra’s announcement to James that he and Roger Scott decided to kill Christopher.  Was this because Styers believed Debra would not move away while her son was missing?  Did Styers somehow think he‘d finally be in line for Debra’s affections under those circumstances?
Mark Milke took no part in Christopher’s murder but I think it’s clear that his mental illness, drug addiction and threatening violence placed little Christopher right into harm's way.  I’m convinced that had Mark Milke been any kind of a father Christopher would be alive today.  Mark Milke is not without serious guilt here.
When Christopher was murdered Mark Milke quickly became a self-promoter.  He immediately used his new status and fame to garner sympathy, sex and financial support from gullible women.  Some of the women later got Orders of Protection and later had to flee from Mark Milke too.
Mark Milke’s new pick-up line was, “My ex-wife murdered my son to get back at me!”  He’d carry around a little Teddy bear and his son’s ashes in a belt fanny pack.    Soon Mark Milke misplaced Christopher’s ashes and to this day does not know where they may be.
Mark Milke bragged to me after the trial and sentencing of his ex-wife how he hid the family photo album from her lawyer and trial court.  He actually loaned it to me to photograph for a future Channel 10 television story.  In it there were hundreds of great color photographs of a very happy Debra and Christopher Milke.  A clean apartment, great kids clothes, toys and there was a wonderful story of motherly love revealed by those pictures.
Mark Milke has capitalized on his son’s murder in every way he could.  His conduct was beyond disgraceful and despicable.  Arizona Mark Milke has never missed an opportunity to smear his long-suffering ex-wife with the media.  Due perhaps to financial reasons the media no longer vets their sources.   So this troubled ex-con-husband is allowed to smear Debra Milke relentlessly and unchallenged.


In all of Mr. Milke’s efforts to smear his former wife claiming he “knows she is guilty” he never once mentions that he was unable to give police or prosecutors one scintilla of evidence of her involvement in the crime.  Arizona Milke never testified in any proceeding whatsoever in this case.  That alone should scuttle any credibility of his outrageous and self-serving claims.
As for Debra Milke She has won a new trial for now and will have to continue the fight for her freedom.  However now the prosecution has been exposed for their outrageous obstruction of justice, promotion of detective Armando Saldate's perjury and the truth seems to be traveling in the direction of setting Debra Milke free.
Posted by Paul Huebl Crimefile News at 3/15/2013 10:16:00 AM

You have him pegged. Debra is the one we should feel empathy for. Mark took total advantage of me. I fell for his sob story. Will never recover the $15k he conned from me and I am a single mother. My advice to everyone is keep your valuables locked up and keep your distance. He is a criminal, he is looking for victims. Christopher suffered a tragic death and Mark will use that death to use and abuse vulnerable females. I hope Debra gets the last laugh, right in his face!

I didn't get my money back either and should have ran when he asked me to pay his rent during the 1st week I met him and I too was a single mum. That was over 10 years ago and I still feel ill when I think of him. He loves to play the victim but it's part of his con game. Mark Milke's only concern is Mark Milke. Regardless of what he said I knew Debra was innocent by just reading the court transcripts. I wish her all the happiness in the world and although I was involved with Mark for a few miserable months, I never once doubted her innocence. He was so into his own game of con he ignored the two children he did have. Before leaving me high and dry in a home we later rented that I couldn't afford on my own he was always out at night...presumably searching for his next victim. He stole from me, my family and the landlord. Funny that I met him at church!