IPhone and IPad Video Journalism is for You Too! 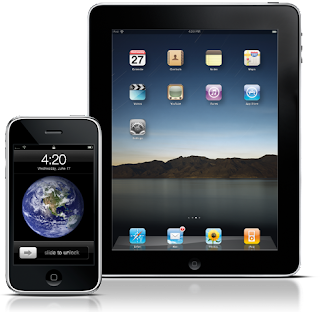 I don’t care where you live on this planet history is constantly being made.  You can either, observe and trust your memory or capture events forever on a quality camera. Trust me making videos pays!
I’m a believer in using the raw power of capturing moments that will otherwise be lost forever, especially when there is no discernible cost involved.  When in doubt I shoot video with the best camera I have available.
When it comes to video the rules are simple, hold the camera as still as possible, get as close as possible to your subject and let  every shot roll for at least 15 seconds.  Keep the camera rolling gathering more video not less!  Only use the zoom when you can’t come in for the close-up.  Tight zooming without a steady tripod increases camera shake dramatically and shaky video is trash.
Always shoot the video horizontal and never vertical.  Your video needs to conform with our wide screen TV sets.
The other thing you need to do is ask questions to the subjects you're shooting on video.  Here is an example, you are shooting video of person being placed in the back seat of a police car.  You can quietly shoot the video or ask the suspect, why is he being arrested?  He may try to convince you his actions were justified or confess to a crime.  Whatever he says to you is always pure gold!  Keep them talking!  Smart cops won’t interfere with your questions because they know that the more a suspect talks the more they will incriminate themselves.
Getting up close is the only way you can get good audio when using a camera’s on board microphone.  Trust me, you need good audio.  Professionals use wireless hand-held or Lavaliere clip on microphones kept close to the sound source.  You will be okay with you your on board microphone as long as you stay close as possible.
The latest versions of the IPhone and IPad come with amazing cameras for both still and video photography.  You can easily and professionally edit what you shoot in the $5.00 IMovie app.  IMovie even provides titling, music and sound effects you can add! It can be done on the IPhone but editing is much easier on the IPad or a laptop computer.
Always carrying a camera is like buying a 24/7 lottery ticket,  it can pay big bucks at any second!  Being in the right place at the right time and capturing video pays!  Media giants are waiting to write you a generous check for anything newsworthy.
Over the last several years I have been paid handsomely for video I never expected would even seem interesting.   Video shots of historic moments like the Rodney King beating,  Kennedy assassination, Kent State Shooting, or celebrity missteps can sometimes bring you a six-figure check.
You have the need to always carry a cell phone so when making that purchase why not make sure it has a topnotch little HD camera built in?
Practice deploying that camera quickly.  You don’t want to be fumbling when you could be capturing history and earning the price of that badly needed new car.
Everyone should learn how to do a simple reporter’s package.   That is the typical TV news story that should not be longer than two minutes in length.  You shoot, edit and later add narration of an event.  Practice on a simple project like the building of a tree house or your kid’s first lemonade stand.  Don’t forget to interview your kids on camera!
Never give your video away for free just so you can see it on TV.  Don’t load it up on YouTube either unless you have exhausted efforts to sell what you have captured.   The media buyers will tell you what to do with the video and you will be precluded from revealing to others what you were paid.
Below is the first test video I captured and edited on my new IPad.   I finished the job and up loaded it on YouTube in less than 15 minutes!  This exercise was done by me simply so I could become familiar with the IPad and IMovie app.   The sound is both natural and the added effects built in to the IMovie application.

Here is a second IPad created video that shows what I had for lunch one day near Chicago.
Posted by Paul Huebl Crimefile News at 7/01/2012 09:27:00 AM

Jeez Paul, I thought I was go to see Andrea lounging by the pool in a string bikini or something. What a disappointment!

Video of violent or extreem weather can pay too!

1. Match your video with media organizations that fit. Local News, National News or Entertainment News.
2. Contact the outfits that may need what you have telling them what you have.
3. They will instruct you how to let them see your video.
4. Trust them not to cheat you because they won’t.
5. Don’t forget the more important bloggers like Drudge, Huffington Post, TMZ. Rumor Fix, Radar Online and Splash.
6. The News organizations in the UK pay very well.
7. Don’t try to sell to multiple outlets without an understanding.
8. Exclusive means exclusive.
9. Trust is a two way street, don’t burn yourself.
10. They will ask you to sign contracts and sign w9 tax forms