Tolerance has become a Tool of Genocide in America 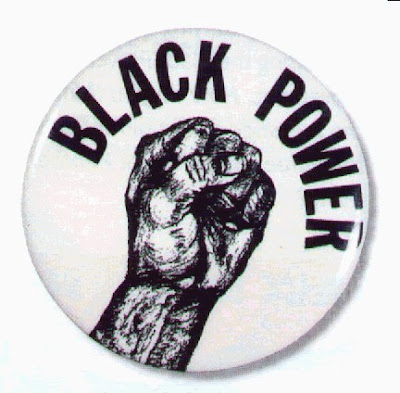 Chicago, IL—Let me fist say skin color or religion never has influenced my interaction with my fellow human beings. I harbor no bias or malice against anyone because of being born with a different appearance than my own. Having said that I have a severe dislike for the so-called “African-American” bankrupt and violent culture.

Genocide is an ugly word along with holocaust. The Leftist social engineers of our society have programmed a huge segment of the African-American population for extermination through politically correct demands of unequivocal and forced tolerance for a depraved and sickly culture.

African-Americans have been programmed by the Socialists to be needy, dependent and hateful. This segment of the population has been groomed for disaster. They have been encouraged to demand equality in the job market despite meeting educational and necessary job skills. If they don’t have something they want such as a pair over-priced sneakers or an IPhone they take it with force and violence.

The same is true with encouraging members of this race to be angry, reactionary and criminally aggressive. Pathetic single mothers have been turned in to breeding machines being rewarded for bringing children into this world that are destined to abject failure.

These mothers name their children with monikers that set them apart from White people. They invent African sounding names or names associated with Black separatist organizations or cults. In doing so people working in human resources departments are provided a red flag warnings about the culture of job applicants. I wonder how many qualified job seekers have had applications discarded because of the names given to them by ignorant mothers?

African-Americans view and use the public schools as child day care and free breakfast and lunch programs. Learning takes a back seat since the single mothers don’t value or understand the benefits of a solid education. Instead the mothers demand that the schools and teachers overlook bad behavior, disrespect and gangster habits.

We have created a single parent society through the structure of our welfare payment system. Children’s fathers are not much more than sperm donors. These men are encouraged to be irresponsible as they deprive their children a father or positive role model.

African-Americans are programed to athletic endeavors instead of intellectual activities. The racist suggestion is that they lack sufficient brainpower for any other kind of success. The fact that Black boys and men are encouraged to wear sports gear despite any hope that they will ever compete and become professional athletes. The clothing styles of choice have become more associated with identification with violent criminal street gangs than any sports team.

The sought after professional pursuits of young African-American men are in the world of drug dealing and human trafficking. Both of those occupational roles require incredible cruelty and despicable behavior. If drugs and prostitution were legal, pimps and drug peddlers would have to become businessmen in order to survive. The criminalization of victimless crime on the other hand creates victims.

We are not doing African-Americans any favor by tolerating the culture that American Socialism has created. Any culture that consists of hate, violence, cruelty and a false sense of entitlement is on a collision course with genocide. The Ku Klux Klan in their wildest dreams can’t hurt American’s Blacks nearly as much are they hurt themselves.

We have to begin with intolerance of the modern African-American inner-city model. We have to teach respect, kindness and most importantly the value of educational achievement to African-Americans. We have turned welfare payments into a narcotic more dangerous than heroin. What was to be a helping hand in an emergency has become a way of life.

Millions of African-Americans have been long deprived of self-reliance, self-respect and simple dignity by the Socialists and leftist grooming them as a sub-human species.
Posted by Paul Huebl Crimefile News at 4/08/2012 09:40:00 PM

Be careful with this truthful style reporting, it will be deemed "RACIST" by those who can't fight the these true facts so they call it racist instead......

The National Review just fired John Derbyshire for true reporting, we wouldn't want Crime File News to fire you next.... Oh, I forgot, you are the publisher and editor of this fine website... Continue on please.

I have been on a roll for the past few years about how every day, day after day, year after year, you read of multiple murders on the south side of Chicago (with a few on the west side for good measure) where blacks are killing blacks and it keeps happening every single day but there are no protests that amount to anything. Jess and Al ONLY show up when a white man, or a hispanic man with a white mans name, kills a black teen. I am growing to despise the media in this country and all of the "leaders" of the black community so far. Both the entire media and blacks in general are dragging this country down along with the idiot career politicians we keep electing.

Reality is not racism, the truth is the truth, I left Chicago after living with these sociopaths for 55 years, I can now leave my home without a gun. I am 68 years old and walk with a cane, on the city streets I would be prey.

Its black on black violence for 99.9% of the homicides in chicago.Its not the KKK,or Aryan Nations going into englewood.Its their own violent culture doing what it does best:DESTROY

Years ago I walked into the lobby of the 11th. District, which pretty much had become a homeless shelter. As I passed the glass display case, I saw that someone had put up a poster. I was shocked to see that the poster was identifying WHITE hate groups, as if the Skin Heads and KKK had outposts in 11. I thought to myself, "Why are there no posters talking about The GD's or Vicelords, who are the real threat to blacks in the ghetto?"

The safest place for Blacks in the city is in White neighborhoods. My children are brainwashed by their public school teachers. They're told how racist Whites are, and all the bad things Whites do to Blacks. So I drive them around White areas and point out Blacks pumping gas, waiting on the bus stop, walking into stores, etc... Then I ask them, if Whites are so racist and out to hurt Blacks, why don't these blacks look afraid of the hundreds of Whites that surround them? Not a care in the world. Then I show them the murder statistics for the city. They now know the truth...

Here, Here! Also, i feel that when the outspoken blacks like Sharpton make a huge deal every time a black is involved in an issue, this takes away from a serious case of "hate Crime" dont cry wolf. these crimes are on the books for a reason, dont water them down.

A former brain washed liberal, if I only knew...the truth before I moved my family to Chicago years ago. I put myself and my family in danger. I had to move out of several neighborhoods that became crime havens. I worked for the City of Chicago and experienced hell on earth. I live near Mich Ave& now see mobs on warm nights. Lord have mercy!