NRA Annual Meet Up in St. Louis, a Warning 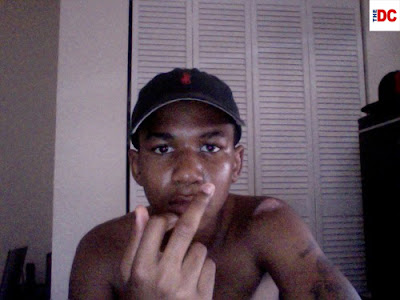 St. Louis, MO.—This week some 60,000 NRA members will descend on this metropolis for the Annual Convention and Exhibit.

The membership of the NRA loathes the Obama Administration for their non-stop liberty grabbing exploits. I’m convinced that ACORN and members of the SEIU may try and invent a crisis intended to discredit the NRA.

St. Louis has an Obama loving African-American population that may show hostility to the convention visitors. Many are full of hate and misinformation on the apparent justifiable shooting of the young gangster Trayvon Martin by George Zimmerman. Emotions are running high and this year I expect to see African-Americans wearing hoodies as they try and provoke trouble. There is at least one anti-NRA rally planed by African-Americans for Saturday at 1 PM that is surrounding the issue of Trayvon Martin.

I caution convention visitors to avoid problem neighborhoods and conflicts. I also caution anyone that may want to victimize NRA members that they will be facing an army of armed and trained visitors. Should some criminals make the mistake of starting violence on attendees, my money is on the NRA folks.

There has never been a violent incident in or around an NRA convention despite the staggering amount of armed visitors in our memory.

St. Louis has been a good host in the past and we can hope that tradition continues. With any luck the curse of the Obama Administration will pass quickly.
Posted by Paul Huebl Crimefile News at 4/10/2012 04:54:00 PM

Email ThisBlogThis!Share to TwitterShare to FacebookShare to Pinterest
Labels: NRA

The special prosecutor in the Trayvon case is setting up a press conference within 72 hours, so probably Friday afternoon. If she announces no charges, the Saturday anti-NRA protest will be mighty interesting!

When the media stops using the pictures of Martin when he was 13 years old, then I'll believe we've made progress.

My Utah permit is good in MO,I will be packing heavy.