Having Fun In Los Angeles 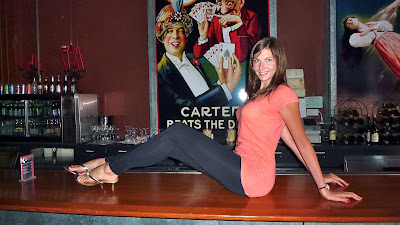 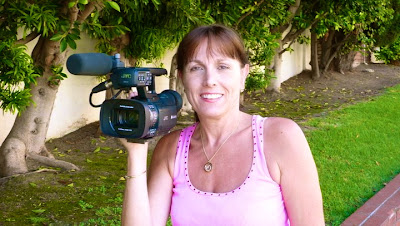 Los Angeles, CA—The best part of our lives is spent with friends we make along the way. While working on a friend’s film I ran in to an elementary teacher who is also a talented performer. Jack Fry and his pal, Hollywood, were in the film.

I have some dear friends in Berlin and one of them is coming to L.A. next week and I thought that I’d create a buzz with a video staring Jack Fry and Hollywood.

Some background on these ladies shown above: Andrea Fleckenstein is affectionately called “Strudel” by me. Christine Fleckenstein, her daughter is likewise been named, “Baby Strudel”. Both of these ladies are incredibly fun, elegant and gorgeous. Baby Strudel is not just pretty, but also a well-regarded dentist in Berlin.

After Jack and Hollywood appeared in the film they were gracious enough to tell me what they thought of my lady friends and the specter of an impending visit.

Jack has a website and tours the nation with his show. With any luck you may be able to coordinate a time and place to catch his act at www.theycallmemisterfry.com sometime soon.

On a side note I can’t imagine how lucky Jack’s students are to have a real showman that can captivate their attention. What American teachers seen to always lack is excitement and showmanship. Droning on like Ben Stein’s character in Ferris Buhler’s Day off as he calls out, “Buhler? Buhler?” is what kids expect these days.

Here is that welcome video Jack and Hollywood made for Strudel and Baby Strudel.

Mutter is muy beauno too!!

Girl on the bar....breathtakingly beautiful! Oh to be 25 years younger, single, and in her company!

The girl is Christine aka Baby Strudel. I took that picture a year ago while she was visiting from Berlin at the Santa Monica Promenade. She is six feet tall and incredible like her mom, Andrea. Christine is single waiting for Mr. Right. She went to the oldest and best dental/medical school in Europe. Some very lucky guy will catch her.

Wow! Christine is absolutely gorgeous. Having lived in Germany for almost three years, I have come to the conclusion that German women, and those from neighboring countries like Austria and Switzerland, are the most beautiful you can find anywhere. They seem to have an elegance and class that is rare in the United States these days. Like you said, whoever lands her as a wife is one lucky fellow. Thanks for the pic.

They are both really HOT ladies! Are there more like them in Berlin? I'm going to have to visit there now!