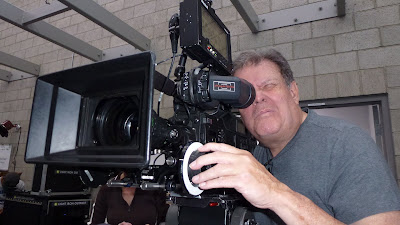 Hollywood, CA—As I prepare to both act and crew in an independent film things are quickly changing in terms of power.

The current system is awash in criminal racketeering, restraint of trade and anti-trust activities. There are about five talent agencies that currently determine what films will be made and who will act in them.

Actors hire agents to represent them and get them work. However, the agents have somehow reversed this to them hiring the actors. The talent agencies tell the studios what films they can make and just who will act, direct, shoot or write.

Massive amounts of money are gathered in what’s considered risky investments to make films. The talent agencies seem to control the cash flow. More importantly they control the movie theater owners and just what films will hit the big screen. The Agencies had the ability to intimidate, bully and control the screen owners and exactly what films will see the light of day.

However this system is changing at the talent agents can’t do anything about it. The large flat screen TVs are here with fabulous sound systems. They are in homes with the best snacks, and that important pause button for bathroom runs.

In our home theaters we don’t have to deal with traffic, parking, rude theater patrons, or the noise of others. Americans are waiting for Blu-Ray disks rather than go out to the theaters and pay through the nose for popcorn, candy and sodas.

The only thing that keeps people going to the movies is the Hollywood hype selling the films and the fact that if anyone wants to see a film quickly they can’t buy, stream or rent them until after they grow hair in the movie houses.

The film theater is an endangered species. It’s only a matter of time and they will be no more. The industry has tried to pump life into them with novel concepts of serving dinners with a movie. That idea quickly fizzled with crappy and over-priced food.

It will be impossible for the talent agencies to control Amazon.com, Netflix, Wal-Mart, Costco and the others that rent, stream or sell films to the public.

Currently half of the cost to make each film spent on advertising and publicity. With the Internet filmmakers are learning they can create their own buzz to inform consumers of their films. YouTube, is loaded with trailers today and it’s the best place to learn about available films.

In days gone by a film would be produced, hyped and shown in a theater for a limited time. Television would buy them for their commercial driven programming and that was the end of a film’s life.

Now every film made can be reproduced cheaply and be available for any consumer at any moment. That means by simply sending out reminder advertising motivates people to rediscover films they enjoyed in the past. What that means is a film now can generate income from now until eternity.

Adding to this mix is the reality that quality films can be made with cheaper equipment and that filmmakers can no longer be controlled by the talent agencies means there will be more, not less films to enjoy.
Posted by Paul Huebl Crimefile News at 4/06/2012 03:00:00 AM