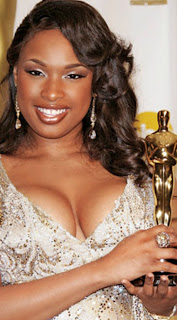 Chicago, IL—The courtroom of Judge Charles Burns is the scene of a real eye-opener for America.  Although cameras are still barred from Illinois courts there is enough information being printed, broadcasted and published on the Internet to get some needed attention.
The story begins and ends with Jennifer Hudson who was brought up in the incredibly violent Chicago sewer called Englewood.  Our creator gave Jennifer a great voice and the discipline to harness it for a fairytale career far from the sub-human ghetto that spawned her.   That gift may well have saved Jennifer’s life.
This is about one society failure after another.  It began with Social experimentation by government officials with perhaps nefarious political agendas.  They wanted to give the recently migrated African-Americans a place to settle and live in the Windy City.  What they gave them is deceit, despair and doom.
Many people supported the idea of providing generous entitlements, guessing they  would provide these ignorant, poor and deprived people a way to live the American dream. The supporters of this idea had no clue what monsters were being manufactured.
Along the way the African-Americans being “helped” were robbed of any self-reliance, hope and dignity.   The entitlements simply became a narcotic.  Their public education system was reduced to child day care where teachers were forbidden to demand excellence or explain that wealth comes with scholastic achievement.
Teachers were simply encouraged not to challenge criminal behavior or their pathetic destruction of our English language into Ebonics.  The school system went on to produce generation after generation of illiterate and unemployable parasites.
More social tinkering came with the War on Drugs.  Since many young people died of drug overdoses our politicians have responded with the Drug War.  The deaths and injuries associated with drug commerce activities made the overdose problem insignificant.  We are taking many more lives with the Drug War and many of those killed are innocent victims not involved with drugs or the trade.
In Englewood nearly the entire community is receiving entitlements that are supplemented by theft, drug commerce, prostitution and gambling.   Englewood is a Socialist Utopia where few actually contribute anything positive to society.
Jennifer Hudson’s mother, Darnell Donnelson raised three children as a single mother.   Thankfully this matriarch took Jennifer to church where she learned to sing.
Jennifer, Julia Hudson and Jason Hudson were brought up on fatty, starchy diets making them fat and health challenged.  Jennifer later had the advantage of wealth, trainers and Weight Watchers keeping her attractive for her fans.
Brother Jason was quickly embedded with the notorious Gangster Disciples.  He sold crack cocaine rocks while protecting his drugs and receipts with a stolen SIG 220  .45 ACP, semi-automatic pistol.  Jason was twice wounded and was crippled by gunfire in the line of duty as a gangbanger.
Julia went from periods of unemployment to driving a school bus.  Along the way she had a child, Julian King who was being groomed for his coming out with the Gangster Disciples.
Unlike Jennifer Julia had zero discipline, no discovered talent and she has all the appearance of a fat bovine.  The men she could attract were far from desirable and those that associated with her were star struck be her sister Jennifer.  That was not good.
Among the B list gang bangers Julia dated and then married was carjacking ex-convict William Balfour.  He was a monster that should have never been let out of prison.  Balfour courted and married Julia while he reportedly abused her.  It’s believed that Balfour twice stole Jason’s pistol from him ultimately using it for the triple murder and that’s why he’s now facing a criminal court jury.
The death penalty has been eliminated or Balfour would be rapidly on his way to Death Row.  Balfour may be a nasty criminal but everyone including this accused killer in the Englewood Community are victims of Socialism gone wrong.
The African-American culture of entitlement, drugs, crime and ignorance must end.  Tolerance for skin color and peaceful religion does not mean we have to accept a bankrupt Socialist created mutant culture.
Accepting and tolerating this twisted and violent culture is simply the worst kind of genocide.  The Ku Klux Klan could never have inflicted the kind of death, destruction and misery our social engineers have inflicted on Chicago’s African-Americans.

Why is the font different?

Blogger changed the tools and there is a learning curve.

WELL SAID PAUL! ALL SO TRUE ..HOW SAD.. YET REV AL STILL IS OUT THERE SHAKING DOWN YET EVEN MORE "FREE STUFF" FOR HIMSELF AND HIS FAT BELLY! HE COULD CARE LESS ABOUT THE BLACK MAN, HE ONLY USES THE BLACKS AS A WAY TO SHAKE DOWN LEGIT BUSINESS FOR HIS FREE STUFF. ENOUGH REV AL - (PS IF HE'S A REV, I'M GOD). WHAT A PHONY. GUYS LKE HIM HAVE MADE MORE "MENTAL CRIPPLES" OUT OF THE BLACK MAN SO MUCH SO THAT THEY END UP LIKE THI STORY YOU WRITE ABOUT HUSDON AND ENGLEWOOD. SAD - WHEN WILL THE BLACK MAN WISE UP AND STAND ON HIS OWN AND NOT LET BUMS LKE REV AL USE HIM FOR THEIR PERSONAL GAIN.

Once the reverends discovered that they could profit from the turmoil, they used their churches to funnel blacks back onto the plantation.

Until blacks realize (on their own), that following these people is simply another path to slavery, the cycle will continue.

Sad, but so true. The Democrats and the Poverty Pimp Reverends want to insure the continued economic enslavement of their people. It keeps them in power and the more ignorant the masses are, the easier to deceive and exploit for votes and their agenda.

Chicago is slowly descending into the abyss, it will become another Detroit soon.

Right on every count, Paul. I'm waiting for your new Crime TV show starring you, with Milano and Star Parker for backup.

Appalled as I am by some of your statements, you are saying nothing but the truth. Well said.

Hudson's Mommas house was a known dope house in Englewood.

Notice the media is now silent about any of the testimony; about the bagging and selling of crack cocaine from the house for years.

Fuck the Hudson's, the media lies and all the dope selling bangers they all deserve what they got.

This is a great site.
Not many people heard it, but the famout William's sisters of Compton CA had a third, half-sibling. And she was shot in the head apparently while riding in an SUV with her guy. Instead of taking her directly to the hospital - he made a detour to his home in Long Beach and then brought her to hospital 45 minutes later. The sister died from her wound.
And Dr. Dre, the great producer, had a beloved kid brother, beaten to death on a Compton street corner, for yelling at a driver who almost hit him in a cross-walk.
You think there'd be material for a hell of a story here.