Are You Ready for a Dangerous Summer in Chicago? This Will Protect You! 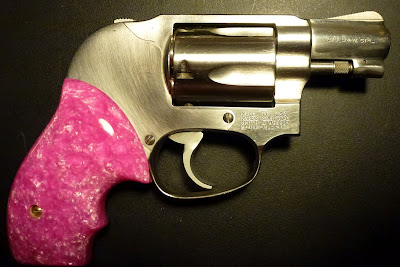 Chicago, IL—As the summer approaches predators can be counted upon to roam the streets looking for victims. You must constantly be aware of your surroundings and prepared for the eventuality of an attack.

The Chicago Police Department can barely answer their telephones, and respond to those calls at an ever, slower rate. The department in exceptionally undermanned outgunned and demoralized. The Illinois Department of Corrections has been releasing criminals at a record rate due to funding issues.

The U.S. Supreme Court has made it clear in McDonald vs. City of Chicago the keeping and bearing of arms is a right of the law abiding. The politicians here have chosen to disarm citizens with laws that are both un-Constitutional and immoral.

Forcing citizens to fend for themselves and to remain unarmed in a violent and dangerous city is both bad public policy and incredibly unreasonable.

Be sure to have a safe and reliable handgun and the training to use it while outside of your homes. The gun won’t make you taller, stronger, braver or smarter but it will give you an even chance to survive when the unthinkable happens. Also obtain a Firearm Owner’s Identification Card.

Should you have to shoot an attacker, get away from the scene in a hurry for your safety and do not discuss what happened with anyone but a lawyer. No law requires you to call 911 or stay at the scene. The laws surrounding traffic accidents do not apply in shooting cases.

Law abiding citizens are not out creating disturbances or otherwise attracting police attention so being frisked by some cop just doesn’t happen. Carry your gun discreetly and only you and your attackers will know your secret.

Always remember to never waive your rights to a physical search or answering questions by police. They understand when you assert or invoke your rights.

No decent Chicago cop will want to arrest you if you’re discovered with a gun unless you have a criminal record or are engaged in misbehavior. The fact that you have a valid Firearm Owner’s Identification Card establishes that you are not a convicted criminal.

Better that you can protect yourself and family than the grim alternative.
Posted by Paul Huebl Crimefile News at 4/01/2012 12:35:00 PM

How about out of staters visiting Illinois for either business or pleasure? No FOID card for them.

Evaded some street pirates last week in Schaumburg by ducking into Portillos.

Dont trust the Democommunist Regime in Shitcago to give you a break. These Coppers here are so intimidated and paranoid that I feel genuinely sad for them. They have little or no disgression in these matters, and the Crook County Courts are just loaded with Socialists who just ignore the U. S. Constitution and Bill of Rights, just like their Comrade Leader in the Fright House does. Better off avoiding Crookago and Crook County altogether, if possible. If you can't, keep Crimefiles recommendations in mind.

A guy in Illinois said...

I check your site regularly along with the Chicago cop's (DSLC and SSC)blogs... but I have to say paul this is probably not true:

"No decent Chicago cop will want to arrest you if you’re discovered with a gun unless you have a criminal record or are engaged in misbehavior."

If the cop KNOWS YOU PERSONALLY you may get off, or if you can drop the right name. But my buddies (Chicago and suburb cops) all say the same thing... You have to be arrested if they find a gun. 1-Gun stops are a good thing for them, 2- everything is filmed, if they are seen finding a gun and you arent arrested its on them...

Let me clarify this for you. The vast majority of Chicago cops are just not motivated to making their politicians happy by arresting hard working taxpayers for UUW.

Rank and file cops understand the failure of gun laws and the hateful Communists and criminals that support them, dictating policy from City Hall.

First and foremost cops really are not in a rush to frisk honorable taxpaying men and women without probable cause they are involved in criminal activity. That nearly eliminates the likelihood of discovery.

If you’re involved in a shooting cops are not clairvoyant and cannot testify as to how the gun was carried prior to use without a confession.

This is very simple, if a gun-carrying citizen is stopped at all by police a nice smile and a hello will go a lot further than a scowl and “What did you sop me for Pig?”

The risk of discovery under normal conditions is beyond low. If you keep your mouth shut tight about why you chose to exercise your right to possess and carry firearms you will have a much better chance in court.

You are weighing the risk of being murdered or horribly victimized against the risk of getting caught enjoying the freedom our nation’s founders gave us. If you drink and drive, drive on a revoked or suspended driver’s license, packing a gun will get you pinched. Likewise don’t carry if you are a cop magnet because of bad behavior.

Okay, not worth the legal hassle for an out of state visitor to want to protect themselves from another Treyvon. Don't know any Chicago area cops. Really the pits though because some customers are in the worst neighborhoods in Chicago (machine shops).

Been given the evil eye just for driving through some of those shit holes.

When is your retired ass going to tackle the issue of corruption on the CPD?

There are 97%+ of us waiting for an objective voice to expose the corruption that causes us all to look like shit to the public.

Look into the murder of CPD/SOS Unit PO Jose Vazquez killed at the hands of his own brother PO's.

This is a huge national story, Finnigan is small and made Playboy and 60 Minutes. Finnigan never killed anyone, they did KILL Vazquez.

Paul can you confirm? It's long been a rumor that if a officer found a gun during a traffic stop or other scenario, the "reward" was for extra paid vacation day. It's been around the Chicago area for a while. Is this true?

That was no rumor that was a Fact. If you recovered a gun from the street and made a UU W pinch you got eight hours time due. That was before they paid time and a half for overtime. That of course was an unofficial and unwritten policy but that's what they did.

It was not a universal practice with in the department and sometimes it was limited to just district tactical teams.

Still, the best thing to do, All in All, is to AVOID Chicago this summer. There is NO guarantee of your safety, even if carrying a concealed weapon. The police are spread as thin as water, and there is no real plan of continuing to protect even the few decent neighborhoods left, as Troops will be sent deeper and deeper into the Hellhole neighborhoods as the violent summer rolls on, leaving the Law-Abiding to fend for themselves. Of course, predators will quickly pick up on this, and move their targeted areas for robberies, rapes, thefts, drug-sales, gang recruiting, etc. into the few decent neighborhoods left, due to their lack of adequate police protection. We are in a Catch-22 Situation, due to the abysmal leadership of the Chicago-Commuist leadership of Chicago. The plague of out of control wild crime is spreading to all suburbs within the proximity of Chicago. so, avoid, avoid, avoid, if at all possible. Go elsewhere, use your brain instead of your gun, and just avoid this whole situation if possible.

(OT) where is the outrage here wow because kid was WHITE and jumped by many black gang punks! This is a COPPERS kid KILLED!