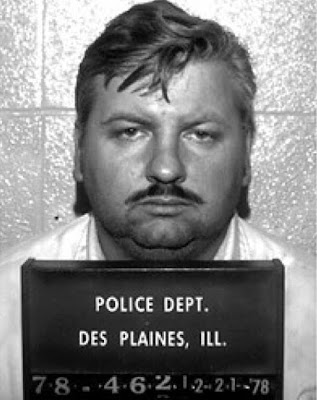 Chicago, IL—Shortly after the confession and arrest of John Wayne Gacy partial human remains were discovered on a warm spring day of 1979 at the Indian Boundary Forest Preserve near Belmont and Cumberland. This was very close to Gacy's Summerdale Avenue bungalow.

Morgan was a young apprentice electrician living in the area. The cause of death was not determined at the time because of the condition of the remains. But it appeared that it was anything but natural death of a young healthy man.

Detectives that did not have the great forensic tools available today followed up that investigation. Additionally, Gacy was on the fast track to a solid conviction for so many other murders. To bring forward yet another case would be like beating a dead horse. Morgan’s case was suspended accordingly.

There are still more questions about Gacy than answers. Gacy was a very twisted killer and had some equally twisted friends. Did Gacy have the ability to kill and dispose of all of the bodies without some help? Gacy was out-of-shape and incapable of overpowering young athletic men. He claimed he used a rope and handcuffs to control his victims but I never believed he could fool every kid into voluntary submission.

One surviving victim police told that he somehow let Gacy place him in medieval restraint stocks. Gacy then buggered him from behind. Gacy apparently employed chloroform to subdue that victim who was able to escape. Since Gacy remodeled pharmacies he had easy access and often stole drugs from his clients.

Sheriff Tom Dart is convinced there is an accomplice or even more still out there. He’s put his Cold Case Squad on this long dormant investigation and now wants to begin digging for more victims. I think Dart may know a lot more than he’s letting out of the bag.

It was a legendary Des Plains, Il police detective, Joe Kozenczak who broke the case. However Gacy’s home was located in unincorporated Norwood Township, which automatically gives jurisdiction to the Sheriff’s police.

Morgan’s remains were recovered inside Chicago city limits and Chicago police detectives followed that up. That Morgan death investigation went nowhere and Gacy was executed at the Menard State Penitentiary by a lethal injection in 1994.

I suspect that a careful matching of names will bring the Morgan kid close to Gacy or at least an accomplice. DNA was not an available tool back then but often it still survives on evidence from decades earlier.

Joe Kozenczak , a Great and REAL Detective, who put this case together from start to finish. Hope he's still alive and well. This is the Guy movies and books should be made about.

As a kid in that neighborhood in the middle 70's we used to go onto the golf course though a hole in the fence at Addison/Cumberland after dark. I wonder if Gacy was there when we were? Scary!

There is, in fact, a movie with Joe Kozenczak - "To Catch a Killer", about the discovery of Gacy and the breaking of the case. Brian Dennehy played Gacy and Michael Riley was Lt. Kozenczak, and both excelled at their roles (even though neither actually looked too much like their real-life counterparts.)