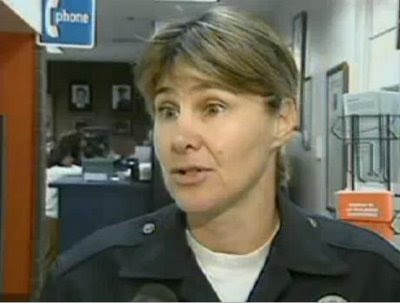 What ever happened between Stephanie Lazarus and Sheri Rasmussen remains a secret. Lazarus did not take the stand and the case was reduced to a DNA sample that was kept in exposed and insecure conditions for two decades. There is no living witness to the event that killed Rasmussen.

A jury empaneled has made their guess and announced that they reached a unanimous verdict that will be released at 1:30 PM Pacific Time.

I don’t feel good for the defense and believe this should have been tried as a self-defense case. The larger and more athletic Rasmussen may have begun a fatal fight. There were problems with that because if this was a self-defense case a frightened, young policewomen covered up the event.

If it was self-defense, fleeing the scene and not telling anyone is no crime. However, any jury would frown upon rearranging the scene to make it look like a burglary.

Second guessing the defense lawyer is always easy when he loses a case. Right now we will just have to wait for the verdict to be read.

I hate human lives being saved or destroyed by a guess. That’s exactly what this verdict will be. I wish Lazarus and her family luck.

Update: Lazarus was convicted of 1st Degree Murder and use of a gun. She is facing 25 years to life with a chance of parole. Had she taken the self-defense route it would have been much better. At worst she would have gotten a 2nd degree conviction...
Posted by Paul Huebl Crimefile News at 3/08/2012 12:15:00 PM

It seems she lost the case whatever really transpired. Is she really guilty or is she the victim of the prosecution?
But the problem is there is another victim, one way or another and that victim is dead.

should have just stayed away from the woman and let it all go.