Today, Everything is in Place for Obama to Declare a National Emergency, Martial Law and Suspend Elections for Public Safety. 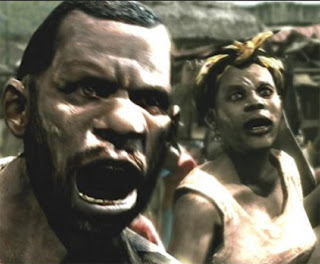 Obama like all political despots is no fool and seems to have planned a coup d'état to maintain control. Obama has already trashed our Constitution by eliminating Posse Comitatus Act and our right to a Writ of Habeas Corpus as he set new higher bar for government tyranny. Additionally yesterday, he has set up new administrative regulations authorizing the government new tyrannical powers unheard of in America.

Obama is putting into place a chapter of his mentor, Saul Alinsky’s method of operation. Through local community organizing Obama’s minions will step up lawlessness and chaos in America’s ghettos that will impact commerce and public safety in a big way. That will trigger an excuse to suspend elections and shut down all public access to the Internet.

Obama’s next move will be to wage war on political conservatives through arrests, gun confiscation and mass democide.

Chicago will be the epicenter for this plan. They have deliberately allowed the Chicago Police Department to be so lacking in manpower, equipment and training they will be ineffective and unable to stop even the smallest of insurrections.

Obama minions are in total control of Chicago’s Entitlement Zombies that can be counted upon to lay the foundation for a new American Dictatorship. Get ready for redistribution of wealth by force and violence. Get ready for some serious democide and mass incarceration.

This is not some brand new concept. This is a very old story that has played out redundantly since the beginning of governments on Earth. What’s past is prologue. Stop Obama now or he will stop you!
Posted by Paul Huebl Crimefile News at 3/18/2012 08:22:00 AM

You are absolutely right Paul.

Obama and his lawless thugs have been using the Hitler playbook to seize power. The SA, the Brown Shirts were carrying out a program of violence all over the German Republic and the people feared civil war would result. They longed for the restoration of order in their society. German’s had no long tradition of freedom as we have, they only enjoyed a short period of enlightened freedom during the post World War One Weimar Republic. The Weimar Republic was a constitutional republic modeled after our own and also influenced by British political institutions.

Hitler seized power under the pretext of restoring order and thereafter their Constitution was ignored in favor of his rule by decree (or executive order). The Constitution of the Weimar Republic was never repealed, just simply ignored. Their judicial branch was rendered powerless because Hitler abolished them by degree and replaced them with his lawless People’s Courts.

We are witnessing the same behavior from our current President, he is not attempting repeal of our Constitution but simply ignoring it and in every public speech he has been made for at least the last year he has been stating the case for the need for dictatorial rule to replace our Constitutional republic.

In 2008 his slogan was “Hope and Change”. This year it is “We Can’t Wait” – meaning we can not wait for Congress to act and he must act along. The stage is now set, when the Supreme Court strikes down that insult to Republican government – Obamacare; socialist thugs will carry out a rein of terror all over the country and the President will use that as an excuse to ignore the Constitution, impose Martial Law and decree the disbanding of the high court and judiciary.

Interestingly enough, the first victims of Hitler were his useful idiots. The SA was disbanded and its leaders murdered. The first occupants of Hitler’s concentration camps were fellow socialist leaders and trade union leaders who followed him. They had to be eliminated because they were both responsible for the violence and because they were rivals for power. The President’s useful idiots will be his first victims, you can count on that.

Marxism – Communism – Socialism – Fascism (all the same ideology) isn’t about the idiotic nonsense of Marx, it is about power. Socialist leaders use the rhetoric of Marxism to give their mindless followers something to believe in but for them it is all about power.

Our schools have intentionally produced generations of idiots without the ability for critical thinking because such people are easily fooled and intellectually helpless. Only older Americans have the ability to think critically and pose a threat to their plans. I believe they will deal with us via Obamacare. As our economy collapses they will ration healthcare and withhold it from the elderly so that their influence and love for our republic will die with them – us.

As you always say, “What’s Past is Prologue”.

Is Obama taking Arab-Muslim money for his Re-Election Campaign in exchange for going along with making the price of Gasoline skyrocket here in the United States ? This Man is diabolical enough to do anything, and is selling the USA right down the drain, by engaging in full Saul Alinsky communist tactics.

"From my cold, dead hands!"