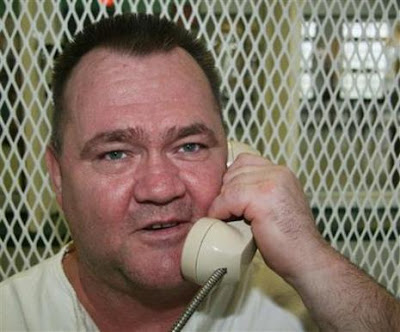 Phoenix, AZ—It should be obvious that with changes in laws, technology and court rules we have become a Police State. If you don’t think that’s the case look at those thousands of surveillance cameras or try to bring your own into a Federal building.

A genuine sign of this is how accused people and the media is obstructed from communication with each other.

We arrest and imprison people and sequester them from the prying eyes of the media. What it’s really about is preventing inmates from telling their troubles to the media. Government bureaucrats have clearly facilitated and enabled cover-ups by preventing the media from interviewing prisoners face to face.

The bureaucrats know that television won’t do a telephone interview because that media can only operate effectively with video. With a ban of face-to-face interviews the public will only see what these penal institutions want them to see.

From a simple human rights and fairness issue prisoners should be allowed access to the media to, express remorse, ask for forgiveness or to challenge the accusations made against them. In death penalty cases those condemned to die should have the ability to fight for their lives through video interviews.

Arizona and California precludes television interviews however Texas does not.

It’s really not much to ask for and claims that there is a security risk are purely bogus. If they were that concerned they could facilitate Skype.com interviews. The bureaucrats are afraid of exposure for their own deeds and nothing more.

The last issue here concerns crime victims. Not every crime victim is a victim. Many people are designated as victims simply because they successfully misled authorities and gave false testimony against people they accused. The claim of protecting victims from reliving their bad experiences watching prison inmates in news programing is pathetic to say the least.

Is anyone somehow damaged if we allow some condemned soul to beg for their life in a broadcast video interview? Must we be void of any humanity?

All prison and jail inmates deserve the right to have total voluntary access to journalists of every medium.
Posted by Paul Huebl Crimefile News at 3/06/2012 09:41:00 AM

The guy in that picture looks like the definition of "criminal" to me. I'd hate to see him coming at me in a dark alley if I was unarmed.

I like your comment that that guy was scary. Ted Bundy had a great smile and looked harmless.