The City of Chicago Declared War on Cop Bloggers! 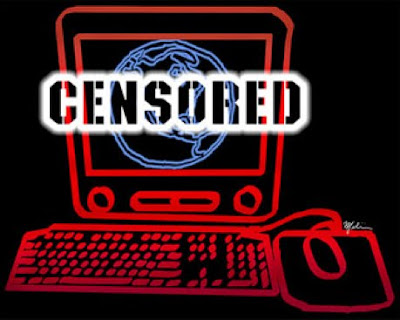 Having spent the last 24 years as a freelance TV news producer I learned the primary reason that important stories go untold and published. Journalists all think they need cooperation from politicians, bureaucrats and government in order to report news. In fact journalists beg for exclusive tips on government activities like police crackdowns, raids and important crime stories. The payoff for the tips comes in important exposure and glad-handing for certain self-serving accomplishments real or imagined. That, along with killing any unflattering stories.

Reporters can’t seem to develop independent information sources and wrongly think without government official’s help they would be unable to report on government at all. Very few reporters have the courage to become persona non-gratia with any government agency. The unwritten rule is to never make the government Gods angry. If you make them angry you must be able to destroy them or they will punish you for eternity.

Bloggers have little to lose especially ones run by anonymous writers. They can say nearly anything they like without interference or repercussions. Mainstream media types can only dream about having such freedom to report whatever they chose.

Chicago’s politicians and bureaucrats have suffered many embarrassments at the hands of cop bloggers. A WBBM-TV reporter caught the public cowardice of former Superintendent Jody Weis on tape by accident. The cop bloggers and others commenting on these sites were unmerciful and unforgiving as they exploited this story.

Second City Cop had already named Weis, J-Fed because of his past employment with the FBI. After the incident he was quickly renamed J-Fled for his lack of valor. How embarrassing is that? The real problem was that SCC get’s well over 10,000 hits per day but that includes nearly every cop, crime reporter and the others involved in any form of public safety.

Detective Shaved Longcock is another wildly popular cop blogger here that has been absolutely fearless in his open discussions of the out-of-control Black on White crime. He like SCC has ridiculed department brass for their ineffectiveness and incompetence.

The identities of these two bloggers have not been publically established and if they were unmasked they would quickly be made to disappear by their victims.

Personally I share the disdain for the criminal mob running Chicago’s government. I’ve long ago parted ways with the Chicago Police Department and am totally free to blog under may own identity. Any current department members would be crazy to reveal themselves. They would be framed, fired and destroyed at a minimum.

The Chicago Police Department just promulgated a new General Order to its membership regarding blogging or posting on Social Media. It effectively outlaws posting anything not officially approved by the department. The penalty for disobedience is termination from employment. I guess the First Amendment has passed away in my hometown.

This action against the bloggers is the greatest compliment because had they been insignificant and ineffective they’d not have been outlawed.

I’d like to hope that the First Amendment would prevail and the slime running the city would behave themselves a little better. They have targeted the bloggers for total elimination with the new anti-blogging edict.

I’m here to say if my cop blogging colleagues somehow vanish, there will be many more to take their place. Chicago cops know that I will be happy to expose waste, fraud or mismanagement by any Chicago official. They also know that I will relentlessly attack the monster until it’s dead.

Department members have spouses and children that use the Social Media too. The department can’t also claim any jurisdiction over those close to cops that dare to blog.

Update: SCC has hit a speed bump and has gone dark for 24 hours, but that turned out to be a personal issue and not an end to the flow of information. Welcome Back SCC!

The General Order is Below:

Like "Shaved", I'm going to cross reference your site on the unsanctioned NYPD blog site THEE RANT where I use the registered moniker "Chicago PD NorthSide".
I pray that all is well with SCC (he, she or they) but one can never underestimate the TREACHERY of the government powers that be. I believe that they would not hesitate to violate First Amendment protections.
While the name of the "Shaved" blog site may not clear filters on "THEE RANT", our NYPD brothers and sisters, active and retired, can enter www.shavedlongcock.blogspot.com to visit the "Shaved" site.

Its been said before, but the internet cannot be stopped. Its like a Hydra. Cut off 1 head and 2 new ones sprout up in its place.

The general order seems to regulate how you use department equipment only. Some of you non-retired cop bloggers should look into Verizon's 4G LTE network. As I understand they offer a Mobile Hotspot that is fairly portable and gives you a personal internet connection wherever you are. Combine that with a personally owned laptop/netbook, and you shouldn't be violating anything...

Hell, you could even try some live streaming! The OWS people do it with a mobile hotspot + camera that can stream live + several spare batteries

Let em try. The resulting 1983 payoff might just be epic.
Death to Tyrants.

Screw Garry and his attempt to stifle the free speech of Chicagoans!

Garry is an asshole. Should go back to N.J. and take Rahm with him.