Chicago is Spared! The G-8 Summit has been moved to Camp David! 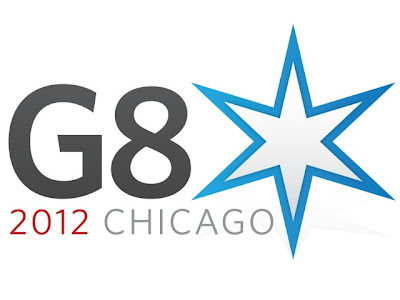 Chicago, IL—Chicago was preparing for an epic battle between demonstrators and police at the upcoming G-8 Summit.

It would have been expensive, ugly and perhaps very bloody. Businesses expected to be firebombed or at a minimum suffered lots of broken glass and looting.

The cops I know had little interest in doing anything but worrying about self-preservation. Protecting businesses on behalf of city officials loathed by the cops during this circus generated little interest and a lot of resentment. Why risk suffering injuries, bogus brutality allegations and criminal Indictment at the hands of that total douchebag State’s Attorney, Anita Alvarez?

My guess was the undermanned, outgunned and demoralized Chicago cops would have simply stood by and watched the city burn.

It’s obvious that Rham Emanuel and Barack Obama knew this would become a public relations disaster and jointly moved it to the more easily protected rural area of Camp David.

NATO is still coming to town and the assholes are still planning to cause mayhem.

this shows the glaring incompetence of the Democrat party, from Top to Bottom. Where did all the Tax dollars for this debacle go to ? Shouldn't Chicago Taxpayers get money back ? Where IS it ? Is it STOLEN? HIDDEN? Sent Illegally to someones Re-Election Campaign?