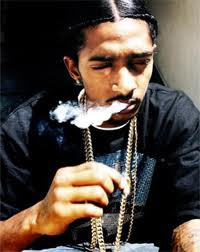 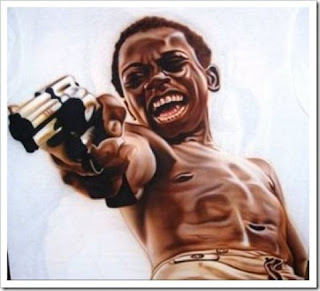 (Nipsy Hussel is the fellow pictured smoking the roach)

Tempe, AZ—In this suburb of Phoenix, rapper Nipsey Hussle was set to perform when a dispute escalated into gunfire. It apparently began within the large crowd of African-Americans that were waiting to enter, The Clubhouse.

During the shooting witnesses say a stampede broke out as people panicked. The wounded began appearing at local hospitals. At least two people are in serious, but stable condition.

A Tempe police spokesman says they don’t yet know what sparked the violence but say they are searching for two African-American male suspects that fled the scene.
Posted by Paul Huebl Crimefile News at 3/03/2012 10:51:00 AM

Why do we, as American Taxpayers, have to tolerate this constant, un-civilized, violent behavior by Blacks, who make up such a small portion of our otherwise civilized society? It's time to bring back Segregation, and keep the Cancer from spreading any further.

More Proof positive that segregation is the Answer.