Why are Americans too Cowardly to Bash the Communist in our Whitehouse? 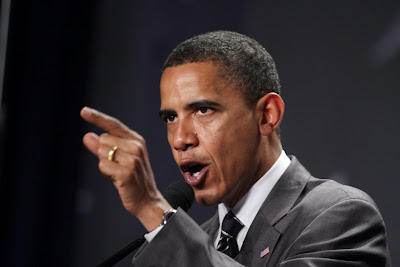 Phoenix, AZ—I had a recent conversation with a recent military veteran here. The conversation turned to gas prices, the stalled economy and Obama.

The man began to whisper his contempt and hatred for Barack Obama’s war on liberty, the NDAA Act and the new authorization of military action against Americans.

I asked him why he was whispering and he told me that he’s afraid of being targeted by federal law enforcement. He sad he will send money to groups that will work against Obama as long as it’s untraceable cash.

All I can say is this was exactly the kind of intimidation that gave National Socialism its absolute power in 1933-45 Germany.

We must begin serious resistance to block Obama’s tyranny while we still can. He must be stopped now. We can’t wait yet another year of his total war against productivity, oil exploration and liberty.

Obama’s motives are very clear to destroy private enterprise, our Constitution and way of life.

Stop this despot now or we will all face decades of tyranny. We must not allow anyone to silence American's love for liberty and hatred for this despot.
Posted by Paul Huebl Crimefile News at 2/28/2012 09:06:00 AM

Criticize dear leader? He is the messiah sent from Kenya to save us from ourselves. A glorious future awaits comrade, drink the kool-aid.

A black guy, a white guy, a muslim, an illegal alien, and a communist walk into a bar.. the bartender asks “What can I get you Mr. President?”

I rail against Odildo every day and all I get for my efforts is being called a racist. The gimme gimme gimme subculture has already destroyed the next generation.

We're screwed, get used to it.

They are too cowardly to bash the Commie-in-Chief, simply because they ARE Cowards. Pretty much afraid of their own shadows. Just a bunch of spoiled rotten Sheeple. Further, I'm TIRED of hearing about this Weasel being a "nice guy". He's NOT a nice guy, he's a diabolical megolomanic arrogant narcissist, ala Adolph Hitler..

The Anger in the Man's face tell ALL...

I often wonder if he's being so extreme to drive ordinary, patriotic Americans to violence so he can grab and consolidate absolute power.