The Truth about Calling 911 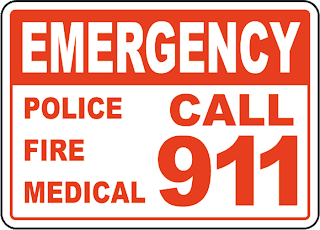 Phoenix, AZ—Arizona like many other states have strict public records laws. Government should never be allowed to use the false promise of privacy to keep the public out of their records.

The Fascists running states like Illinois, New York and California take every possible step to escape the probing eyes of the public and the press.

Calls to 911 are always recorded and considered public record in most states. That means those dramatic calls for help are often played as news or much worse, entertainment.

I make it a practice to never call 911. Instead I ask others to make those calls. If I must call them I give them the barest of information while ignoring their redundant and stupid questions. They get the location, the emergency I’m calling about and nothing more.

I avoid being cagy or rude, I simply tell them I have to hang up. If they try to call back I simply won’t answer.

The 911 operators view their role more as defacto police interrogators on a mission to obtain incriminating information. The 911 workers are not bound by Miranda rules. They are rewarded for any admissions they can pull out of a homeowner who shoots an intruder.

Calling 911 for a fire automatically puts you on the arson suspect list.

Getting a confession from a distraught caller almost always takes priority to saving lives with these folks.

In any event you must remember that you will hear any significant 911 call again. That will happen as the news media broadcasts or posts it for the entire world. Of course they are routinely played in courtrooms everyday across our nation.

Hey Paul!! One of your old classmates, I think he was, pulled the pin today after more than 35 years on the job. Len Stocker was on the Mobile Crime Lab on midnighgts for years. Good worker.

Five years later and nothing? WTF!Talk about strange. The fifth anniversay of PO Jose Vazquez's murder was three days ago. Maybe you could do a writeup on this. We can't let a cop killer go free.


Who killed this former Chicago police officer back in 2007?