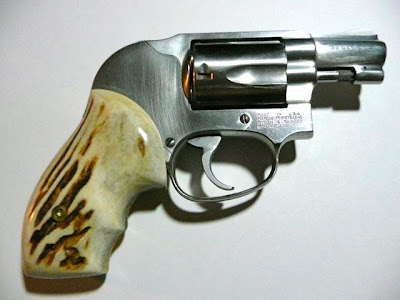 Phoenix, AZ—Cops here like everywhere wind up in enough danger that they fire their weapons. It’s a commonplace event in larger cities. Cops have no special license to kill and they make mistakes sometimes.

Cops expect to get the benefit of the doubt in those close cases where they thought they saw a weapon. There is barely enough time to evaluate every situation and it’s difficult to punish a cop for erring on the side of survival.

In the last two decades there has been remarkable gains for Americans and their right to self-defense. Castle doctrine laws along with the right to carry concealed weapons have made Americans safer.

Cops are still trying to adjust to the idea of citizens using deadly force in self-defense. Too many cops seem to judge the citizens entirely too harshly. They are erring on the side of questionable arrests that actually bankrupt the average citizen.

There is a rub here and that’s that citizens deserve no less or more than cops under the same circumstances.

Was it an accidental shooting or perhaps Manslaughter? Just how much disparity of force justifies using deadly force? Those doubts need to be resolved on the side of the defending citizen.

We can argue that prosecutors not cops make the final decisions on prosecutions but they rely on the reports given them by police.

Cops need to extend the same benefit of the doubt to citizens, as they deserve when they make that terrible decision to shoot.

An armed society is a polite society and enough threat will nearly always generate an appropriate and lawful response. Those who threaten others are testing the laws of Charles Darwin.
Posted by Paul Huebl Crimefile News at 2/19/2012 04:32:00 PM

I've been wondering when you'd take up this issue, and it was worth the wait: you came down exactly where I'd hoped you would.

Remember the case about five years ago of the old guy, I think he was disabled, anyway, Chicago police storm his door one night, he fails to make them for cops and shoots, leaving one officer crippled? The police and prosecutors were all over him, making him a trigger-happy goon. Lost in the understandable anguish over the injured cop and the rush to paint the civilian as bad guy - and by extension, trash the idea of armed self-defense - was the fact that the lawmen went to the wrong address. All the civilian's pleas that there was no way he could distinguish cops from robbers at night went for nought.

I sure hope this is happening less now that there is legal carry, but your piece should nevertheless be read by every beat cop. Especially helpful is the connection you make between the cops' and civilians' life or death situations, putting them in the same boat. Equal understanding of equal situations would go a long way toward making everybody safer. Thank you.