Police have no News of the Shapiro Murders in Paradise Valley 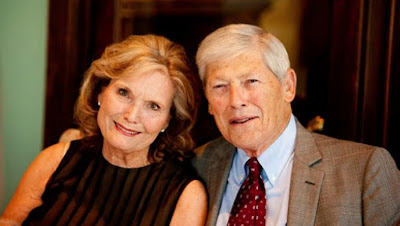 Town of Paradise Valley, AZ—Today's news from the police department on the gruesome Shapiro murders is that there’s no news.

Last week a town council official and the mayor spread rumors that two or three arrests had been made in the case.

Bringing people in for interviews does not an arrest make. Spreading misinformation is a poor way to put the town’s residents at ease. It became obvious when nobody was brought before a judge for initial appearance the town’s red-faced officials jumped the gun.

Today a polite press release suggested that they are making progress with the investigation and will notify the media when it’s appropriate.

The reality here is that the cops are not clairvoyant and these days most murders remain unsolved. If they make arrests they must be sure not destroy the life of anyone who is innocent. That’s easier said than done.
Posted by Paul Huebl Crimefile News at 2/06/2012 01:16:00 PM

Do you think its deliberate misinformation to make PV look better?

The town police have a history of sharing restricted criminal justice information with the town's council members. They did it and it backfired in a big way. Now the killers will be laughing at the PV police. This was a horrible screw up.