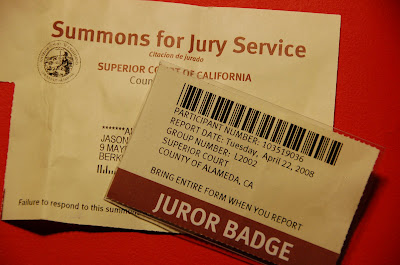 Most Americans believe they understand Reasonable Doubt when it comes to Jury Duty. I will begin challenging that notion by simply asking you to define it.

Let me say that lawyers and judges can’t really define it and rely on the writings of others to explain the concept.

Let me also begin by saying in a criminal case, pertinent facts like the backgrounds or history of deception of government witnesses is often hidden from a jury. This is especially true where special Victim’s Rights laws were enacted at the behest of over-zealous prosecutors.

Too many judges, rule in prejudicial evidence or rule out exculpatory evidence with ease. Juries too often never get to learn about important facts. Any judge can simply put their thumb on the scale of justice with certain rulings. They get away with this because it’s considered judicial discretion. The vast majority of those rulings are made away from the inquiring minds of the jury.

Far too often this is Judicial Tyranny. Judges are supposed to be impartial basing their rulings on the law. Instead they are swayed by allegiances to political opinion, personal gain or pleasing those who have appointed them. Judges are no less human than anyone else.

So you’re on jury duty, what do you do now? You don’t want to be soft on crime and in your heart you want to be fair. But are you really? Will you actually acquit the defendants on Reasonable Doubt?

In Nazi Germany they had public trials, actually they were filmed show trials you’d see when you went to your local movie theater along with whatever film you came to see. It was very much like Court TV.

They did not have juries but instead used a three-judge panel. They were learned and respected lawyers that everyone assumed would be fair.

Every defendant had a lawyer at his side. Witnesses were brought who gave testimony and it all seemed on the square. The problem was the public was fooled and the courts became prolific murderers.

Our founding fathers dealt with this wisely and gave us a system of justice and our Bill of Rights. However the last four decades has sent us down the slippery slope to a police state and Judicial Tyranny. Just as in Nazi Germany 1933-45 the general population is failing to notice the rapid changes.

Thankfully we still have juries but they are so poorly informed. First of all Reasonable Doubt is the standard. That means conviction based on theory, mere probabilities and your gut feelings are out. Jurors take an oath but those deep-seated feelings push that oath aside.

The O.J. Simpson murder trial verdict stands out in millions of minds as a horrible mistake. Was it really? One cop, Mark Fuhrman pled guilty to perjury at this trial and evidence handling was as sloppy as it can get. Most importantly nobody could place Simpson at the crime scene or witnessed the killing.

Reasonable Doubt and a lack of evidence should be celebrated and every verdict should error on the side of acquittal, not conviction.

This is not about being soft on crime but being hard on the government and their agents that brought the case to you.

Yes, you may let some guilty bum go but that’s better than destroying an innocent’s life.

If you cannot protect the rights and liberty of some stranger who the Hell will protect yours or someone you love’s when they are falsely accused of a crime.

Let me ask you all to begin celebrating the Reasonable Doubt whenever it exists. You must also remember, if you think any law is unfair or wrong you have the right to vote Not Guilty.
Posted by Paul Huebl Crimefile News at 2/14/2012 11:57:00 AM

JURY NULLIFICATION is your right as a juror.

The US Constitution provides that for a person to be convicted of Treason, there must be two witnesses or a confession in open court to convict. The same standard should be applied to all crimes.
Knowing full well that many crimes do not have direct witnesses, let me qualify that by stating that forensic evidence should be viewed as a witness. Finger prints, DNA evidence,etc.
Cases that are purely circumstantial should not go to trial. We risk a jaded ury aquitting a guilty person, or an innocent one with no alibi being sent to jail.
byw,capcha sux. Its hard to read 3/4 of their words.

Witnesses are some of the most unreliable "evidence" there is.I take what people say with a grain of salt and many on the job have terrible interviewing skills.