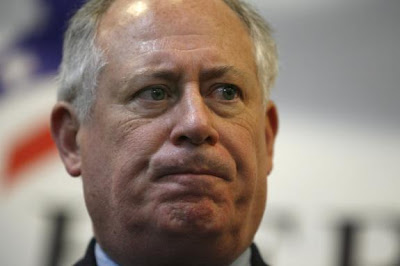 This is really about Governor Pat Quinn who is antagonistic and hostile to gun owners and their rights.

The only answer is civil disobedience and making Quinn’s life as miserable as possible.

It’s time to direct all calls to his offices in Springfield and Chicago. It’s also time to boycott his campaign contributors, even those who gave him small amounts of cash.

There is a short-term compromise answer and that’s to extend the life of an FOID card until it’s revoked for cause. Then the State Police won’t be pushing so many tons of paper saving thousands of man hours and postage costs.

Of course the Chicago faction in the Illinois Legislature will go into a massive group seizure should any gun law be relaxed. Gun owners must stand their ground and hold those despotic jerks accountable in every possible way.
Posted by Paul Huebl Crimefile News at 2/06/2012 11:36:00 AM

Paul we live in the south central part of this f**ked up, Police State of Illinois. I'll be tickled shitless when we retire and move out of this corrupt State. I'm ashamed to tell people where I'm from. I've talked with my elected officals about getting Chicago removed from the State and called the District of Chicago. If it were put to a vote it just might pass. This Police State is an embarrsment to the gun rights movement. The people in the northern part of this state are crazy for electing morons!!!

Rod where are you now that we need you, oh sorry I forgot you got caught.

Illinois should have sanctions from the Federal Government for violating the US Constitution, and passing laws that deny people the freedoms it gives. If Illinois wants to be a part of the United States it should embrace the U.S. Constitution or get out of the Union.