ICE Agents Involved in Shootout, with Each Other! 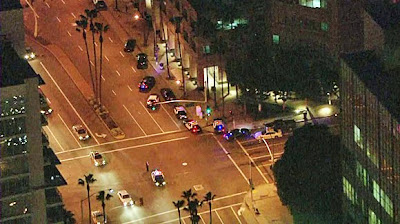 Long Beach, CA—Authorities are on the scene on the seventh floor shooting of the Glenn Anderson Federal Building. They have confirmed that there was a shootout between at least three ICE agents. One agent is reportedly dead another wounded and transported to St. Mary's Hospital.

They are calling this a case of "workplace violence" that began when a supervisor threatened discipline on a subordinate.

This what you risk when you play the "im going to f**K with you" game that is so pervasive in the police world.

Someone was messing with someones old lady.