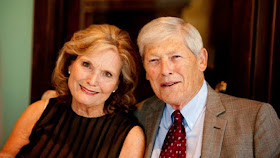 Paradise Valley, AZ—In this tranquil and upscale community crime is rare. The people here generally have wealth and in our faltering economy burglaries and home invasions are bound to increase. As bank robber Willie Sutton once answered a reporter asking him why he robbed banks, “It’s where the money is!”

Today gold, gems and a simple set of silver flatware will fetch record prices. Most people use banks and credit cards and don’t keep much cash on hand.

The police department here is comprised of 25 sworn and certified officers. This department has a history of incompetence and became a place for otherwise unemployable cops fired from other agencies. This was the case in the 70's, 80's and 90's.

I don’t want to leave anyone with that impression today because the troubled officers for the most part have faded off into the sunset with their substandard supervisors and chiefs.

Commander Alan Laitsch has been around a long time and has proven himself to be contentious and professional in every respect.

There is a problem though and that is no fault of any current officer, it’s that they just don’t have experience with murder or shooting investigations in this promised land.

Paradise Valley has simply turned their police into a revenue robot traffic camera extortion racket that rakes in the cash. The first and foremost purpose of the department is generating revenue.

This agency also monitors resident’s burglar alarms and provides a vacation watch. Of course they do have burglaries and occasional vandalism. The clear up rate for these crimes is low in every community.

Glenna and Lawrence Shapiro was a lovely couple enjoying their golden years doting on their children and grand children. The couple have been married forever and shared their good fortune and wealth with several charities. All good things come from better education and Stanford’s School of Medicine did not fail Lawrence in that regard.

A follow-up investigation to a torched automobile belonging to the Shapiro’s led police to the couple’s Paradise Valley Home. The home was on fire and the couple was found bound and burned beyond recognition.

The Maricopa County Medical Examiner has not formally identified the bodies and has been diligently trying to determine the exact cause of death.

There’s little doubt that last moments of the Shapiro’s lives was as frightening as it gets. The sadistic animals responsible for this need to be removed from the streets or this will not be their last crime.

Paradise Valley Police reportedly have obtained the help of the FBI, Secret Service and US Marshall’s service. That’s not enough. What’s needed is a crack team of big city homicide detectives where there are a lot of homicides.

There is another problem with this case and that is wealthy people have different issues than the residents of a large crime ridden city where the homicide victims tend to be poor.

Investigation of the Shapiro murders is going to require a massive paper investigation to determine just how and why this couple was targeted. Somehow I doubt seriously this was a random crime.

It will prove interesting if the killer/s used any of the couple’s credit cards. Many savvy criminals dump cards in places, were they can be found and used by petty crooks to throw investigators off their scent. The fact that the Secret Service is involved is a sure sign the cards were believed to be used after the couple was murdered since this organization is well known for their prowess at investigation of credit card fraud. Bringing in the US Marshall's Service suggests to me that someone thinks a federal fugitive is somehow involved.

I have to say that I can’t imagine the heartbreak this crime has brought a lovely family.

This crime is solvable.

I’m also willing to accept information on this case and to pass it on to police investigators.

Be relevant, intelligent, and please leave out the four letter words.