Chicago Cop Bloggers are The Knights of The New Media. 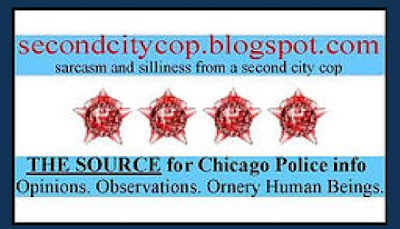 Chicago, IL—Local government here had a solid lock on any information published. The criminal mob that runs the city somehow managed to turn the local media into City Hall lap dogs.

In the past seven years cops in the Windy City found their voice on the Internet. They have the freedom through the cloak of anonymity and can expose corruption, nasty rumors along with bad government.

These Knights of the New Media have shown little mercy as their own existence and exposure has grown dramatically in the last two years.

In the beginning local politicians did not understand blogs or Social Media’s impact. Their public relations professionals soon understood the ramifications of actions by the police bloggers.

The two most read police run blogs are Second City Cop and Detective Shaved Longcock. They both gained significant readership far beyond the ranks of Chicago cops.

A peek at SCC’s web counter on a slow Sunday, show 900 visitors per hour. With that kind of readership advertising pays well. However you won’t find a single ad.

The web counter of Shaved’s site is hidden but he (or she) boasts 10,000 visits per day.

Shaved recently exposed how city officials were snookered by a 15 year-old Hispanic gang-banger. The kid entered and won a contest to design the City’s Vehicle License window stickers. What the red-faced officials found out reading Shaved’s blog was there were street gang hand signals in the design. Shaved’s story went national and got the sticker design yanked.

Shaved pulls no punches on the issues or the culture of African-American and Hispanic crime. He’s unapologetic as he showcases the massive amount of violence committed against Chicago’s White population by these minorities.

News reporters have called Shaved’s site racist. The truth is the long covered up hate and racism is against Chicago’s White population, not the other way around. The Cook County jail has a staggering population of hateful, dangerous African-Americans and Hispanics.

I guess telling the truth about African-American hate and violence is racist to some people.

I also suspect that America’s Federal Thought Police will eventually end Internet Free Speech. Hopefully Americans will wage war against anyone tampering with the Constitution before that happens.

In the mean time city officials can count on getting exposed when they get caught with their pants down. City insiders are beginning to tip these guys off to shenanigans by the criminal mob running the city and county government.

The cop bloggers need is to get with technology and bring video to their sites. Of course that may endanger their anonymity along with their police careers and pensions.

I’d rather see these guys out in the open attending news conferences. These knights of the new media would have the courage to ask tough questions. They need to be out taking pictures, shooting and editing video.

The fact is it’s just a matter of time when mavericks like SCC and Shaved will have the video tools and its related knowhow. I think there may be some smart advertisers out there to fund these guys.

Shaved can be found here.

SCC is OK but lame and PC, SHAVED is the real deal, truthful, honest, to the point reporting, even if it hurts some peoples feelings, it's the full truth on what goes on in the City, the Police Department, and the Democommunist City of Chicago and its Politics.

You are right, video would be a great element for both sites, or any blog really. I personally like blogger, but the technology seems lacking in some respects. Most notably in the way readers can comment on posts. I would like to see more options than just leaving a text based response. Maybe something more like youtube that allows video responses, as well as pictures.

This would require a higher degree of moderation, but would definitely make the site more interactive for the users.

DSLC gives you the unwashed truth.

"I guess telling the truth about African-American hate and violence is racist to some people."

Paul, didn't you know that in our new "enlightened" and "politically correct" society only white people and Christians can be racist?

Example: Whitney Houston took a lethal cocktail of booze and drugs, yet she is displayed as a great example of what it means to be black. The truth is, she was a stupid black woman who took her talents, fame and fortune and pissed them down the toilet. Dare to say that and you will be labeled "racist!"