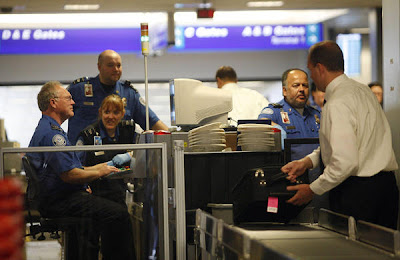 Los Angeles, CA—Notwithstanding the Second Amendment that clearly grants Americans the right to keep and bear arms we’ve allowed despotic politicians to suspend that right. One such result are those “Gun Free Zones”.

Yes, most all of America’s gun laws are unconstitutional. It’s obvious that our judges have allegiance to the tyrannical politicians that appointed them rather than to our Constitution and Bill of Rights.

Most American laws require actual intent on the part of someone in order to be convicted of breaking them. For example we forgive accidents even when a human life is lost.

People legitimately carry merchandise out of stores forgetting to pay the cashier. I’ve done that myself a time or two. Thankfully I discovered the lapse and scrambled back in to pay for whatever I lifted avoiding arrest.

To convict someone of breaking a law the government in most cases must prove that the defendant knowingly and intentionally committed the crime.

The human condition of forgetfulness and pre-occupation is a reality.

Even in the most tyrannical jurisdictions in the United States, must allow law-abiding people to possess firearms. The firearms must be transported from store, to home, to firing ranges or hunting grounds.

Most jurisdictions allow the simply carrying of firearms in pockets, holsters, briefcases and luggage.

People forget they have the weapons especially in briefcases and tote bags. From time to time we all must travel and forgetting we have a firearm in some bag at the airport is understandable.

Like it or not the TSA is in place to make sure no weapons are brought into our airplanes. They invade or privacy and grope or genitals looking for any form of weapons or contraband. We all know if we carry any firearm or weapon, the baggage screeners will discover it.

Nobody in his or her right mind, including a terrorist would intentionally bring gun concealed in a bag and then surrender the bag to the TSA for inspection and X Ray observation.

A long time friend of mine’s son bought a totally legal semi-automatic UZI 9MM. He needed to transport it from a hotel and stuck it in his mother's suitcase. The fun began when he forgot to remove it and his elegant mother took the bag to a Miami airport. She was quickly taken down like a Muslim terrorist by police who were alerted by the TSA.

It took days to sort the mess out and the hapless mom was ready for some expensive therapy for her Post Traumatic Stress Syndrome. In some jurisdictions she would have been convicted for a felony crime and done prison time.

In another case a well-known actor and retired Chicago cop had a .22 pistol in a briefcase. He traveled by car into California with the forgotten little gun. Due to a family emergency he had to fly out of LAX. He was preoccupied with the emergency bringing his briefcase and set it down for the TSA's routine inspection. You guessed it! He became a big news story for the tabloids.

The retired actor was charged with several redundant offenses and jailed. Since it was the weekend and the banks were closed it took him some 12 hours to post the ridiculously excessive bail imposed. The actor’s lawyer was able to negotiate a plea bargain that imposed a fine but would be cleared from his record after a certain time period.

Are we somehow safer for making criminals out of forgetful travelers? What do we gain by eliminating intent and imposing strict liability for possessing firearms under these circumstances?

The most the TSA and authorities should be doing is removing these firearms and allowing the travelers to make other approved arrangements for their transportation.

Amen to that Paul. This Country has turned into Hitler's Germany. What part of the 2nd Amendment don't they get?

DHS has an ex STASI administrator working for them and you wonder why things are messed up over there?