Was it Immigration Injustice that motivated the Los Angeles Arson Fires? 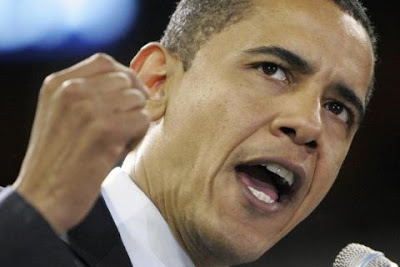 Los Angeles, CA—We have an immigration law long on the books but we also have a government run by Communists and Socialists. These criminals simply obstruct justice by providing sanctuary for certain illegal immigrants.

Our officials allow for the tsunami style importation of crime poverty and drugs from all of Mexico and Central America. Additionally these same traitors have opened our borders to millions of Muslims from nations wanting to destroy us.

This engineered and illegal immigration policy has destroyed our health care and educational system by overloading it with Hispanic and Muslim freeloaders. Our “elected” insurgents are intentionally destroying our entire economy and our free market.

Most Americans are unaware that our Immigration policy is much different for English speaking, educated and wealthy Europeans wanting to live here. To begin with the Europeans follow our laws and cooperate with Immigration officials. For that, they are rewarded with instant deportation. It’s far more difficult for a European to immigrate to our soil even though they always pay their own way.

The 55 arson fires set in three short days may have been set by a German national over the treatment by our government of his mother. For me it is very understandable that this German fellow apparently used arson to call attention to the deportation of his elderly mother. I can’t forgive his crimes but understand the anger at the blanket discrimination against Europeans.

Our officials simply refuse to enforce and apply all immigration laws on an equal basis. The government assisted the massive Hispanic immigration invasion of our nation is for one reason alone. It’s to change the balance of values, culture and power to favor Socialism.

I don’t blame the immigrants. It was the insurgents and terrorists in our own government that have done all they could to succeed as they have in this bloodless coup d'état.

Now these same Communist insurgents have declared war on Americans, our freedom and way of life through the Patriot Act, TSA terror and the new government power of indefinite detention without trial of American citizens. They also ended the prohibition of the military performing police functions over Americans on their own soil. These are the tools of an iron fisted police state.

The victims of Nazi, Chinese, Soviet and Cambodian atrocities all cooperated and could not visualize what was happening to them. They failed to resist and that failure facilitated Holocaust after Holocaust. The time to resist government tyranny is now. Waiting for a political fix for tyranny never works. Tyrants must be severely punished right now or we will never have another chance.

You can simply cooperate your way to your death camp or you can stop the bastards cold in their tracks before they disarm and murder you. Our own government has given itself absolute power and our funding fathers are rolling over in their graves right now.

why do you describe his mother as being elderly? I dont see an age in your article and the man is only 24 years old.

Burkhart could have gone back with his mother to Germany.

Or he could have tried to petition for her residency legally if he is legal - which he must be, since otherwise there would have not been a Federal Interview.

He is a young man who could not take NO for an answer, and could not control his anger, and like a mad man - acted upon it.

In support of Crime File's point, there are not enough good Europeans being allowed to live permanently in USA, and they are mistreated by having to comply with a higher standard to come here -

Good Europeans would certainly enrich the culture, just as they did in 20th century.

However in this particular case - this German young man - in retaliation for his mother's deportation order - gave the LA crime fighting forces a real run for their money.

I guess if it was not this - it would have been something else that would have triggered this young man's rage which he then would have acted upon.