Sig Shakes up the Sub-Compact Pistol World at the SHOT Show Yet Again. 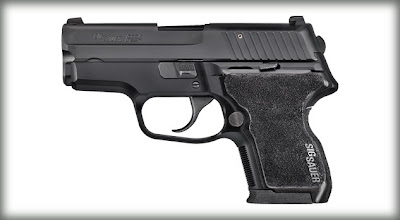 One of my blog visitors wanted me to do a piece on yet another gun being released. I foolishly passed on taking a second look that the gun because of a personal bias against most polymer frame guns. This all black gun had that familiar look from the distance. Boy was I wrong!

This is small enough to look like a mouse gun but looks are deceiving. This gun packs a real punch.

I thank my visitor for making me take a second look. Sit back and watch Scott introduce you to the P224:

Thanks Paul. I can't wait to see this. I like you, am not a fan of plastic in my pistols.

I have a Kahr PM 9mm , it has the polymer, but it is a pleasure to shoot.They are pricey.