Our Secret Service and the Hostility Against Obama 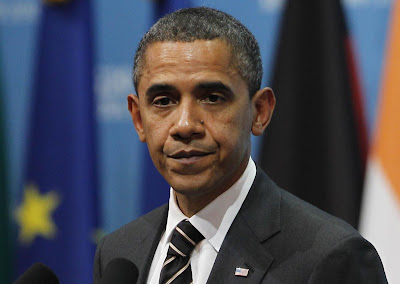 Washington, DC—These days I pity the agents of the U.S. Secret Service. They are working overtime trying to separate free speech from actual threats against Barack Obama. That has to be an impossible task.

Frankly Obama has earned all the venom and anger of anyone who values the Constitution, Bill of Rights and the American way of life.

Millions of Americans like me were trained by our own country to kill Communists and frankly Obama is considered by many to be a Communist. Seeing one in the Whitehouse is freakish to say the least and is likely to cause violence by any number of veterans.

In Nazi Germany it was a death penalty offense to show any disrespect to Adolph Hitler. We have rejected the notion that mere loathing of an American President is punishable.

Hate speech against Obama is still not a crime. It’s simply a sad state of affairs to have a president that is so un-American and has attacked our basic liberty at every turn.

Yes, I loathe Obama totally and I don’t wish him good health. I have zero respect for what I consider a dangerous criminal. By the same token I only support the lawful arrest, indictment, prosecution, conviction and punishment for Obama’s crimes. They are:

1. Treason by his undermining the Constitution by eliminating Habeas Corpus and Posse Comitatus Act.
2. For his expansion of the “Patriot Act”.
3. For allowing the groping of the sex organs of men, women and children at our airports by TSA thugs that are immune from state law.
4. For the deliberate export of weapons to Mexican drug criminals to further his propaganda war on our Second Amendment.
5. For his Obstruction of Justice by preventing the enforcement of our immigration laws.

The above acts are indeed crimes. When the American people see these types of crimes go unpunished at what point can they remove a despot by force or violence?

I don’t know the answers. I stay as far away from Obama as I can. Frankly being around him could be dangerous in these hostile times.

Statistically any American President stands a ten percent chance of being assonated. As hated as Obama is, I’m amazed he lasted this long. Being around this lightening rod is dangerous. Bombs meant for Adolph Hitler killed numerous innocent people. Hanging around Obama may get you killed in the crossfire.

As for veteran Secret Service agents they have taken an oath to support, defend and protect the Constitution and can be counted upon to do a far better job of it than Obama. I suspect a number of them can’t stomach the man they must protect.

The good news here is Obama can’t occupy the Whitehouse forever and perhaps sanity will rule as voters send the jerk into exile. What’s needed is a Special Prosecutor to bring that despot to book for his crimes.
Posted by Paul Huebl Crimefile News at 1/27/2012 10:50:00 PM

It is truly a sad state of affairs when a man like this can walk around untouched while committing Crimes and acts of treason with a arrogance I have never seen and the MSM and Congress are giving him a FREE WALK and that should be a crime as well. In fact, the crime is Misprision of Felony and those that know could be held accountable but as long as obama walks free, everyone is safe. It would seem our only hope is he is NOT Re-elected. If he is, the United states will cease to exist in ANY Recognizable form and all those that defend obama may then see the REAL obama that they seem to Worship.