Meet A Gun Rights Advocate, Trainer, Wife and Mother set to shake up the firearms landscape. 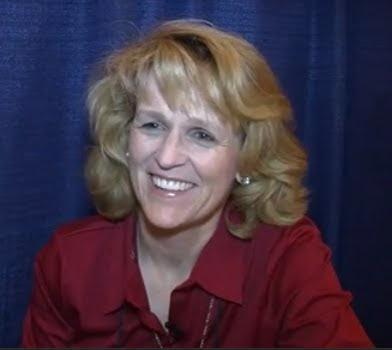 Las Vegas, NV—Erin Simpson is also a big gun Tucson lawyer! I met this interesting lady in Pittsburgh at last year’s NRA convention. Erin is one to watch as she forces open even more doors to the gun rights community for yet more women.

We have, “Right to Carry” laws in all but a handful of states thanks to some dedicated women like Marion Hammer, Sandi Frohman, actress Lee Purcell and a handful of others. It was a plea from the weaker sex that changed the direction of American gun laws.

The NRA was slow to recruit women perhaps because the good old boys thought only men understood the value of guns as a lifesaver. Women broke down the membership doors of the NRA when they should have been aggressively invited. Thankfully the women are here to stay.

Another sign of hostility that has made women feel unwelcome is some of the thoughtless marketing campaigns exploiting scantly clad ladies using sex to get the attention of men. Erin pointed this out to me in a recent conversation at the Las Vegas SHOT Show and she’s absolutely correct.

Ruger Firearms has used a delightful woman, Kelly Glenn Kimbro. Kimbro is a well known rancher, hunter, guide from Southern Arizona. She’s never caught wearing provocative outfits and her real image is that of an attractive women who is serious about fine firearms. She can be seen in dozens of Ruger posters. Kimbro is a women’s role model in every way.

Sex sells in our world but it need not be tasteless and sleazy. Indeed, women are sexy and using real elegance, glamour to sell fine firearms would offend nobody. Sleazy gun ads don't speak well for men either. Perhaps it's time to bring some class to eye candy.

Erin Simpson is a rising star in the world of Gun Rights, firearms training and self-defense advocacy. I was so impressed with Erin I asked her to sit down in front of the Crimefile News camera so I could introduce her to my blog visitors. Erin has her own informational site and blog that can be seen at: http://www.triggerhappyworld.com/

Sit Back and meet Erin:

Wow the NRA needs this lady at the helm.

Erin Simpson is needed in the fight for gun rights. Thanks for bringing her here!

NRA is slow on alot of things.Need more women,minorities(Otis McDonald),we need more pro-gun celebs too to fight the left.

Erin is a great, thoughtful advocate and a tremendous instructor who knows the right way to teach!