The L.A. Arson Case get’s Stranger by the Second and Very Sad 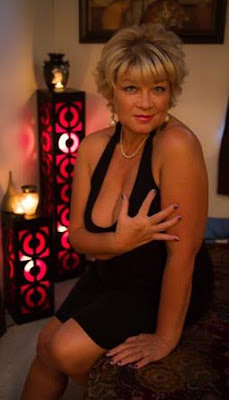 Dorothy was arrested by the feds on a German theft warrant related to non-payment for a boob job and some fraud related to apartment rentals. On it’s face it looks to be an issue of a fugitive from German justice who was visiting here on a 90-day tourist permit.

When Harry’s mother was taken away by authorities on December 28, he was suspected of engaging in a 53 fire arson spree.

Apparently Harry’s story is far more complicated since a physician had previously diagnosed him as autistic along with suffering with Post Traumatic Stress Syndrome and other issues. Harry Burkhart was obviously in a major state of panic without his only support. Acting out through the dangerous arson spree was obviously a desperate cry for help.

Considering Harry’s being stranded in a foreign country his world was coming to an end. We can’t hold Harry responsible for his mother’s conduct and apparently his own conduct may well be beyond his control too.

My thoughts are to return both mother and son to Germany under the circumstances. I know Germany will obtain the proper treatment for Harry as his mother faces the music for the allegations against her.

Harry’s arson spree was horrible costing some $3 million dollars. Thankfully nobody died. Isolating Harry Burkhart in an American prison under these circumstances would do far more harm than good.

Harry will face a judge in Van Nuys Wednesday morning and his mother has another date with a federal magistrate on Friday. They both need lawyers. Neither has a particularly good command of the English language.
Posted by Paul Huebl Crimefile News at 1/03/2012 05:56:00 PM

Gee Whiz Paul, Then why don't we let every beaner or alien just go back home with a slap on the hands.
You have been away from the streets for too long. A POS like these two need to pay dearly for their dirty works.

Why do we treat some groups better than others? That's dead wrong but that's just what our government does.

F him!!! Lock him up. Now he claims he has issues...like not wanting to go an American jail for years.

Starting a fire is nothing like throwing a brick though a window. You may just want to burn a car. But the fire once started does what it wants to do. What if that car he started on fire spread to an apartment building and burned up some kids??

Now momma, maybe we can work out a happy ending.....like it would be her first...

The white race is truly over. What is good for everybody else is not good for the fair skinned people.

The whites are the only race that won't stick together and are always feeling sorry for the others.....

I wonder if Harry Burkhart will be going home shortly - to Germany with his mom?

Also I wonder whether the German Government would foot the bill for this to occur including coughing up 3 million dollars in dough for the fire damage in Los Angeles?

According to news - Burkhart's family home burned down in Marburg near Frankfurt in Oct 2011 - Germany and he instantly filed an insurance claim...

"Harry Burkhart is being investigated in connection with an Oct. 14 2011 house fire in the Marburg area north of Frankfurt, Germany,

Marburg prosecutors' spokeswoman Annemarie Wied told The Associated Press Wednesday. He came to authorities' attention after filing an insurance claim on the house owned by his family on the day it burned down, she said.

Burkhart has not yet been questioned in the case and there has been no warrant issued for his arrest, Wied said."

WTF! You're making excuses for this guy? He's 24 years old for Pete's sake. He chose to destroy other people's property and could have easily killed many innocent people in the process. Looks like you've lived too long in the liberal land of Kalifornia. You're starting to sound like a libtard!

Insanity and mental incompetence is unfortunately only too real in our world. It is a valid excuse for criminal conduct. Society needs protection form the Harry Burkharts of the world. They do need and deserve our sympathy. Autism is a cruel and very strange illness to be born with and we must somehow find a cure.

I feel bad for this lad’s mother who obviously fled with her very young child from the Communists of the vicious Eastern block nations. Her special needs child had to be supported and the only way she could do it was by selling her body.

Harry is under investigation for arson in Germany and it’s best that he be returned there for long-term treatment. His mother has to face the men in black robes for the theft related allegations against her.

Even a staunch Conservative can show mercy. It’s not a sign of weakness.

Paul, The Frau is a scheming whore and thief who escaped the fatherland to our country for freedom with her brainless boob of a son. Autism? Is that what we should call the Englewood thugs now?
Get Real.

Chicago’s African-American Racist Culture of Violence is not mental illness but a different kind of cancer that should be stopped with the only kind of violence that race based criminals can understand.

Harry Burkhart is now on suicide watch, according to a senior LAPD official.

The German Press have called Harry Burkhart, (a German national who has lived in California for several years), the "Hollywood Feuerteufel" which translates to the "Hollywood Fire Devil."

I guess if many Americans can find no sympathy, nor will the Germans give them sympathy necessarily.

It is a problem for people & especially single parents to bring up children in this world.

Some have better opportunities and thus can be better at it. If the kid has mental illness that makes it even more difficult.

But it seems Mom and Son Burkhart had other problems as well and the criminal pattern had already reared its ugly face in Germany before they took off for Sunset Boulevard...

Crimefile said...
Chicago’s African-American Racist Culture of Violence is not mental illness but a different kind of cancer that should be stopped with the only kind of violence that race based criminals can understand.

This LA arson case is like something out of a movie. I am relieved no-one got hurt.

Update: "The mother Dorothee Burkhart of suspected serial arsonist Harry Burkhart became wanted by German authorities after she escaped through a hospital window following her arrest on fraud charges, according to her attorney in Frankfurt, Germany.

Michael Koch, who was appointed as Dorothee Burkhart’s public defender by a German court, said the woman disappeared four months after her arrest when she was taken to a Frankfurt hospital for cardiac problems.

Two prison guards accompanied her but removed her handcuffs to allow her to use the restroom, and when she did not emerge after several minutes, they realized she had escaped through a window into the hospital’s backyard, Koch said.

“She didn’t look like she would be able to climb through a small window,” Koch recalled in a phone interview."

The kid needs to return to Germany and weave baskets for a few years getting treatment he needs. That's better than being anally raped by Blacks and Mexicans in a California prison. The kid is sick.

Mom is a mess and needs to pay for her boob job and do a little hard time.

This sad chapter needs to end here. I hope the people who saw their cars destroyed get their property and live back in order. For many no car means no job. I'm sure many were uninsured or under insured. This is sad.

In re: Harry's world coming to an end in Los Angeles, and that we can't hold him responsible because of his mental illness & autism...vis-à-vis German news and Vancouver news emerging today...

"...German prosecutors confirmed Burkhart, 24, was under investigation on suspicion of arson and insurance fraud in an Oct. 14, 2011, fire that caused major damage to a half-timbered duplex in the mountainous region near Marburg in central Germany. U.S. immigration officials have confirmed that Burkhart flew from Frankfurt to Las Vegas six days after the fire."

Does anyone seriously believe that The pathetic kid knows right from wrong and understands anything beyond he needs his mess of a mother?

Mother of Russian descent doesn't want to go back to Germany. She has a very strong excuse to not go back -but her excuse is not the jail time. See below.

Bill Kugelman, CFD
is a retired Chief of the fire department, how dare he use the word "BEANER"!!!!