How Many Young Mothers Must Go to Bed Fearful Every Night in America? 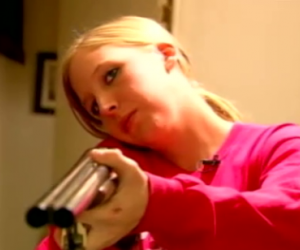 Chicago, IL—In this city law-abiding people are routinely placed into unnecessary danger and abject fear by their own government.

Is being placed in fear somehow more tolerable than hunger or being denied medical care? For too many politicians, forcing people to live in fear is a desirable goal.

Is it perhaps because these oblivious politicians live in safe well-protected neighborhoods, drive reliable cars and work in government buildings where everyone is searched before they enter? Is there a more sinister motive to their gun prohibition agenda?

Every night in places like Chicago, New York and Newark young mothers must put their children to bed in abject fear. Working mothers must take public transportation to various night jobs throughout these cities that have stripped them of their human right to self-defense. The vicious predators roaming around in these cities all depend on government to keep the people they rob, rape and murder unarmed.

The cities that deny the right to meaningful self-defense are also the most crime-ridden and dangerous.
We all know in most places in our nation we can order a pizza by telephone and get a quicker response than by calling police.

When you call the police in an emergency you’re simply asking for someone with a gun to come and protect you from a real threat.

Is it just too much to demand from our politicians the rights to keep and bear arms already granted by our Constitution?

In Oklahoma a very young mother widowed days earlier spent 20 agonizing minutes on the telephone with a police dispatcher while two armed creeps were trying to force their way into her home. Finally they succeeded in this home invasion threatening young Sarah McKinley (pictured above) who was forced to shoot and kill one of the intruders. Thankfully she was armed with a revolver and a shotgun.

That story got a lot of press attention only because deadly force was actually used.

There are many millions of other similar crimes that are simply interrupted when potential victims are armed and threaten cowardly thugs that flee for their lives. Those cases never get media attention because there’s no blood on the sidewalk to photograph and sensationalize.

The founders of this nation gave gun rights to Americans so that citizens need not fear criminals without and within our government.

We must purge every last political traitor that tampers with the basic human right to self-defense.
Posted by Paul Huebl Crimefile News at 1/08/2012 05:17:00 AM

agree, voting decisions should be made on the canidates support of the 2nd amendment, you can not have my vote & my weapon.

The Second Amendment issue needs to be addressed with the furvor of the 1960s civil rights movement,possibly more.

Gun owners need to go on the offensive instead of the long history of reacting to an anti-gun bill in Congress.

To bear=have on ones person