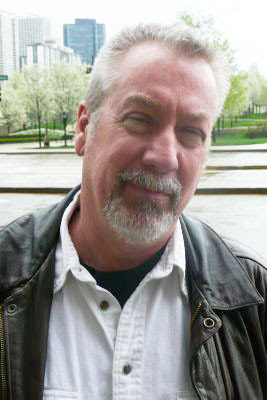 Joliet, IL—Putting someone in a jail cell for more than three years without even a trial date is incredible and un-American. This is all because Will County Prosecutor James Glasgow wants to introduce the worst kind of hearsay evidence into an American courtroom.

The trial judge refused to allow the hearsay and Glasgow is appealing his loss until he reaches the court of last resort. In the meantime Peterson is being held in jail on a $20 million bail bond requirement.

Most Americans don’t have a clue just what hearsay is or how grossly unfair it is. When we formed America we created protections for people charged with crimes. The simple and foremost right is the one that gives the accused the right to face, confront anyone or anything used against him in court. In the case of testimony that means the right to cross-examine what’s being said.

Let’s begin with hearsay being a simple quote being repeated by an honest person. Remembering and repeating exactly what someone has told you is a difficult task even for news reporters. They take notes and manage to get it wrong more often than you could imagine. You can change the meaning of anything said with the slightest variation of a word. The tone and emphasis of a speaker can also take the exact same words making them sinister when they were not.

In the Peterson case the people offering the banned hearsay evidence stand to profit from Drew Peterson being convicted of murder. They have sued Peterson in civil court and a conviction in the criminal court would assure a money judgment in the civil court.

Our founding fathers understood the dangers and simple unfairness of hearsay and outlawed it in our Constitution. However that act has never stopped politicians like James Glasgow to make every effort to undermine that protection.

We can either have fair trials or accept judicial tyranny like we had in the Salem Witch trials of long ago.

No matter what anyone wants to believe there are certain facts in the Peterson case that won’t go away. Kathleen Savio had been embroiled in a divorce with Peterson and suffered a fatal injury in her bathtub. She changed the locks on the house and Drew Peterson did not have a key. The manner and cause of her death is far from resolved. If she was murdered there is zero evidence Peterson was somehow involved.

Savio’s relatives all claim she was afraid of Peterson and suggested Peterson would harm her. Those claims are thrown about in every contemptuous divorce at one time or another. Thankfully in all but a tiny fraction of cases those claims of threats were either lies made to influence divorce courts or were simply ugly emotional outbursts.

As for Stacy Peterson she is simply missing as her own mother was been long before she ever met Peterson. The presumption of her death is premature and suggesting who may have killed her is anything but proof or even mildly credible evidence. Peterson is not charged with anything related to Stacy Peterson however the finger pointing at Drew Peterson is beyond out-of-Control.

Drew Peterson fought those allegations not only by denial but also by ridiculing his accusers. It’s an understandable position if he’s killed nobody. The families and friends of “victims” are sacred cows and are placed above ridicule in our society no matter what they say or do. The problem here is we must guess if they are even victims.

One time neighborhood newspaper reporter Joe Hosey saw an opportunity to profit from a smear job of Peterson and wasted little time publishing a book and selling rights to a made for TV film.

Peterson’s Innocence Tour of the network TV morning shows backfired and now his ability to obtain an unbiased jury is in serious jeopardy. The crappy made for TV film has poisoned the jury pool forever.

The thing people forgot about Drew Peterson is he has never been accused of a crime in his life and enjoyed a 30-year career with an unblemished record as a cop.

Peterson’s real crime is that he’s become a media legend, based on the reports that he repeatedly traded aging wives for younger and more attractive women.
Posted by Paul Huebl Crimefile News at 1/22/2012 09:30:00 AM

Hi Paul;
Personally, I believe Drew Peterson is guilty of getting rid of Stacy, and probably the Savio woman, as well, but I realize that's just my opinion. And nobody's opinion should count in untried legal matters, such as this.

Peterson has made a fool of himself, appearing on the talk show circuit, and belittling various members of the alleged victim’s families. But this is a mistake of civility, not evidence of crime. Peterson may well be a jerk, but a murderer? I don't know.

I don't think much of James Glasgow, the Will County prosecutor, or of Joe Hosey, Joliet Herald reporter, either, again...just my opinion. Hosey, you can forgive for hustling up a quick buck, with a book--he wouldn't be the first--but the contents of his book, again, are just his opinions. If he had any relevant facts, he could have given his information to Mr. Glasgow, who we trust to investigate such matters, and bring charges, when appropriate. And, if he can manage to do it correctly...

I find the high bond in Drew Peterson's case suspicious; basically, it's a way to hold an un-convicted suspect in jail, and Glasgow's pursuit of appeal remedy, a stalling tactic, again, to hold an un-convicted person in jail. I can see potential civil liability, here. That is, I can easily envision a set of facts in which Drew Peterson could be found not to be guilty, and then, he might very well file a lawsuit--and be entitled to damages, which the taxpayers would be stuck paying. Thanks, again Mr. Glasgow.

And, we haven't even got to the really dangerous part, yet. That is the fact that Drew Peterson's rights, under our Constitution, have been trampled. And the prosecution is attempting to trample them further: suppression of the ban on hearsay, for one, would be very, very dangerous, and don't think the police will stop with Drew Peterson. They would use their new police state powers against all citizens. I was raised believing the spirit of our enforcement policies, namely, that it is better that a thousand guilty men go free, than that one innocent man should be punished. These are sacred laws, and unsatisfying as seeing a guilty man go free is, it would be a thousand times worse if the police stooped to illegal means to secure arrests or convictions. This is the reason that the police must be held to the very highest standards of investigation, and the judicial branch held to the very highest standards of prosecution. It's not criminals we're protecting, it's our Constitution, our country.