The Drew Peterson Blue Barrel, Warm to the Touch. 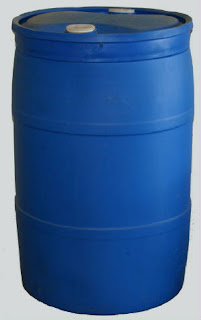 Joliet, IL--The mentally challenged step-brother of retired police sergeant Drew Peterson, Thomas Morphey had claimed that around the time of Stacy Peterson’s disappearance he helped Peterson move a plastic blue barrel that was, “warm to the touch”.

Aside from a massive and failed police search for the barrel in the area indicated Morphey never contacted the police on his own accord. Was this just a case of some insignificant fool trying to become part of a story getting nationwide publicity?

We still don’t know where Stacy Peterson is today. Is she is dead or did she just follow up on her spoken plan to disappear to a place where her older husband would never find her?

The blue barrel was and is a red herring, suited for the gossipmongers. Morphey’s testimony about the blue barrel has no relevance to the case Peterson is charged with. It will never be heard inside the courtroom.

Of course every potential juror will have heard the gossip or have seen the silly Rob Lowe movie.
Posted by Paul Huebl Crimefile News at 1/27/2012 02:35:00 PM

ALL DEMOCRATS ARE COMMUNISTS SAYS:

I guess that now we have the case of the first dead body that stays warm enough for days after a murder to warm up the outside of a 55 gallon barrel , in history. Whats next, a 1-800 number TV psychic comes forward and says Drew did it ? If Peterson did murder Stacy P; he doubtfully would be that dumb and sloppy to involve anyone who could be a potential witness, in moving her body. Ya think so ???

ELOISA BERMUDEZ
TELL SHE IS KALEY CUOCO AS STACY PETERSON