Why Fly When You Can Avoid the TSA’s Goons? 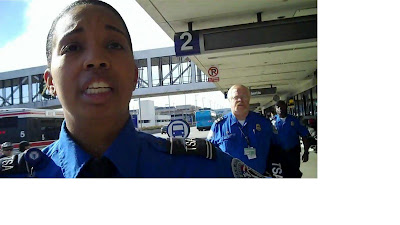 Phoenix, AZ—Flying between Los Angeles and Las Vegas used to be a snap. Bargain air fares and the pleasure of having your friends see you off or meet you at the gate instead of baggage claim. Not anymore, TSA tyranny has arrived.

Today you must face a gauntlet of the lower form of life that is the TSA. They’re simply there to provide the illusion of security because they are not trained, equipped or even capable of providing real protection. This American insult comes with their zero tolerance policies that shred our rights to be free of unreasonable searches and our privacy.

The TSA has taken on all kinds of additional concerns such as drug laws and currency reporting violations that are in no way related to terrorism.

I will take the risky six-hour drive anytime instead of being miserable at the hands of the unemployable TSA thugs. There are other benefits such as the secure transportation of my personal firearms, computer and camera equipment. Additionally, I never need to rent a car once I arrive.

I’m not alone in my avoidance of air travel. Millions of people simply stay home rather than travel. This consumer reaction to TSA tyranny has had a huge and crippling impact on the entire travel and hospitality industry.

It would have been a lot more effective, smarter and tolerable if people traveling on passports from hostile nations were simply banned from traveling on our planes. That and simple profiling of passengers for terror risk factors. Every pilot should be trained and armed along with selected crew members. Sworn state and local police officers should be encouraged to fly with their side arms in exchange for reduced rate air fares.

The TSA will only support security measures that are expensive, unworkable and destructive to the American economy.

Here is a TSA goon in action trying to prevent me from shooting video outside a terminal at LAX. She had no authority to stop me or assault me the way she did.

Paul, you let her chase you down the street. How far were you going to retreat?

Flew my son out of O'hare to fly to texas and he got his wallet stolen at the airport scanner. I have since spoken with many people and they also have similar theft stories at the hands of the TSA.

I love how the two cops in the background did nothing.

Every time I see this pic of this TSA idiot I get pissed off all over again. She apparently thinks she has some law enforcement authority with that stupid blue uniform. I don't think so!

I hav'nt flown since the TSA goons were established at our airports.
The search without probable cause or warrant is not legal according to the law of the land and I will not submit to this infringement of my rights.
I do not fear what they may find, But I do fear that my reaction to an illegal search may end up with me going to jail.
It may be that I am not as alone in this attitude as I originally thought.
Paul in Texas

Would that be Paul Howe from Texas? In any event, I agree and salute you. We need more people of the same mindset.