Why Do We Waste So Much Money on Cop Costumes for TSA Workers? 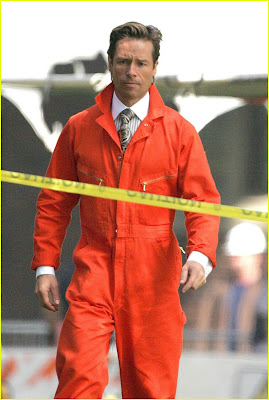 Washington, DC—We created the TSA in an effort to reduce terrorism in our commercial air transportation system. They have yet to claim a single event where their multi-billion dollar efforts have paid off. The only successful anti-terrorism efforts have been as the result of passengers taking the law into their own hands.

Our government has created a theater of illusions called the Transportation security Administration. TSA programs to stifle terrorism are acceptable only if they are ineffective; violate the rights Americans and they allow people with passports from unfriendly nations to fly in our airplanes.

Part of the TSA security illusion was to make the marginable people hired to screen baggage look like cops. We all know they are part of a government make work, jobs program. We know they are not cops so why the expensive masquerade? We could save a bundle by putting these people in orange jumpsuits with big TSA letters on their backs. They have ID cards to prove they are baggage screeners why the gold police style badges? Those badges are very expensive.

We really don’t need the TSA. We could replace the screening with some legitimate profiling by sworn and trained cops. We could arm the pilots and some selected crew members. We should encourage local cops with standard training to fly while armed for half-price fares.

We could replace the TSA with real meaningful security. By the way did you know the pilots who are armed must now carry their service pistols in cumbersome locked security boxes? I guess the idea is for the pilots to use the boxes as they would a club. I guess giving hijackers a headache beats nothing.

By request here is a little ruhbarb I had with a TSA bitch two years ago at LAX...

The government installed these clowns to show how serious about tettorism. It was a feel good/make work program. Today, we know these people are nothing but empty uniforms.

The TSA are merely pawns in the game of government. I think the main goal was to carry out stupid and illegal policies, that the Feds wanted enacted. They take the heat for the Governments actions.

If you think TSA is bad, it's only the beginning. Obama's dillusional megolomania is only beginning. Remember this man has a SERIOUS Split-Personality. If re-elected, he will institute a Federal Nationwide Security Force, as he himself said. a Nationwide Army of TSA Types, which will eventually oversee all Law Enforcement Agencies. If you don't think this can happen, review history of Hitler's Nazi Germany Brown Shirts, an offshoot of Mussolini's Black Shirts. The average obama voter is a goof who has NO idea of the psycho they elected. Worldwide control and domination by his Government, and destruction of the middle class, aka Venezuela style Government is his goal, and he is fanatical about it, ala Hitler.

The Kid from Brooklyn had a video out a while ago that while humorous, made perfect sense. Every able body adult who gets on an aircraft should be issued a Louisville slugger. If someone gets out of line, even another passenger with a bat, the rest of the passengers can beat him/her to submission without damaging the aircraft.

Can you imagine how the 911 flights would have ended if a swarm of passengers had baseball bats vs. the terrorists cutting tools? I do. There would have not been a 911, there would have been a lot of knotted heads on some very sorry terrorists.