What You Need to Know About Martial Law, Internment and the Obama Administration 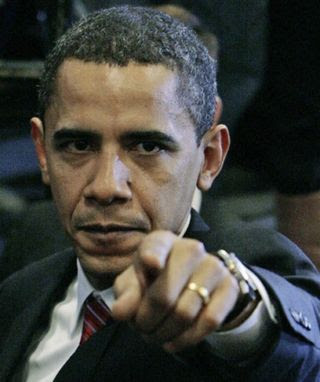 Washington, DC—The Obama Administration has done two dramatic things that give us insight into their future plans. Crazy, you say? The tools of every despot criminal regime are always the same.

Obama’s government has lifted the ban on military troops policing Americans. The Posse Comitatus Act was put in place just after our Civil War. Americans were so horribly abused by military troops this law was enacted to forever prevent the repetition of military tyranny on citizens. The law has been repealed by, Obama and his band of tyrants. The memory of the home invasions, rapes and arson by the military has faded long ago.

Obama’s government has given itself the power of arresting and holding Americans without, bail, lawyers, or trial. This was enacted as an “anti-terrorism” tool. Just what is terrorism? It’s something as insignificant as a kid making a mindless threat in a schoolyard. Terrorism allegations will begin with the simple exercise of speech that suggests resistance of any kind to government tyranny.

These two things seem small and are barely noticed by people that have never experienced government tyranny. Historically these two items enable every holocaust. In case you don’t know it, it’s governments that are the most prolific murderers of all time. Every government at one time or another in their history begins murdering their own citizens. These two un-American changes can only serve one purpose, tyranny.

For some reason everyone has been brainwashed into thinking Germany’s Nazi’s only targeted Jews and Gypsies. The reality is nine million ordinary Germans perished under Adolph Hitler in addition to the six million Jews and Gypsies. Hitler murdered his own citizens at an alarming rate.

For those people that think that Communism was somehow better, Russia’s Stalin killed as many or more than Hitler. Stalin did not keep detailed records of his crimes like Hitler. At the end of World War Two, Stalin’s troops raped over 2 million women and little girls during their occupation of Germany. You don’t hear much about Stalin’s war crimes because he had a willing accomplice, Franklin D. Roosevelt.

This is more about what you can expect when the military comes for you. They will forcibly remove you and your family from your home. They will place you in a sex segragated detention camp where people are concentrated tightly together for convenience of the government.

Medical care will be superficial or non-existent. Food will consist of military freeze dried rations or worse. Heating and cooling will so inefficient it will put children and the elderly at risk.

Because of the high concentration of people disease will spread like wildfire and the bodies of victims will stack up like cordwood. Additionally you can expect the government to place people together that can’t peaceably co-exist together because or cultural or racial differences and of course people will die as a result.

The government can be counted upon to allow thugs who are inmates just like you to have police authority over you. They will have clubs and better conditions as a reward for keeping you in line.

The gas chambers of Nazi death camps were hardly more efficient that concentrating people together like they did at the Wausau Ghetto in Poland. Of the six million Jews and Gypsies several million died from starvation, disease, freezing, beatings, shooting and of course suicide.

Barack Obama is the biggest threat to American lives simply because he has been given the time-tested tools to murder us. If we allow this traitor to maintain power we deserve what we get.

The motive for this kind of government tyranny is simply to loot the assets of the citizens. The appointed bureaucrats all can be sure of obtaining vast wealth by allowing the killing and plunder.

You can call me an alarmist all you want but history vindicates my position. Right behind Obama are hundreds of Communists, Socialist and Progressives (including many Republicans) with the same goals. Humans have a poor track record of resisting tyrannical governments. If you fail to resist and fight for your life while you can, perhaps you don’t deserve to live.
Posted by Paul Huebl Crimefile News at 12/19/2011 07:07:00 AM

Call me cynical, but when I heard BO applauding the troops coming home from Iraq, I had to wonder if this is an attempt to get them on his side in case he wants to use them at home.

Interesting topic Paul. I wonder though, if there is a Republican candidate that you consider worthy to run against Obama. Are you going to endorse anyone?

Rule number one, ACT ALONE tell NOBODY, EVER. Don't say cutesie innuendos at the bar. Plan. Make it quick and decisive. Know the risks. Do it. Shut your mouth. Repeat keep your mouth SHUT. Conscience may bother you on occasion and give you doubt about your actions. Ignore it, it'll pass. Remember you did civilization a solid.