Merry Christmas during Trying Times to My Blog Visitors 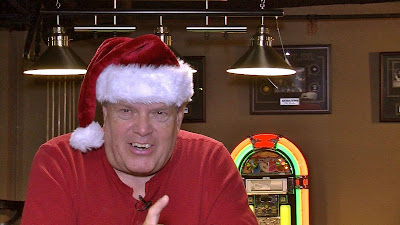 Los Angeles, CA—I’m here this year and won’t see any snow. I will however have fun anyway because this season is about friends, family and the most important part of our lives. Our faith, liberty and way of life have been challenged like never before in our lifetimes.

This Christmas has many Americans suffering because of unemployment and underemployment. The Socialist engineered destruction of our economy has placed millions of retirement pensions in certain jeopardy along with the Social Security Ponzi scheme.

We have a new American Marxist inspired culture of rewarding failure and punishing productivity that makes an economic recovery impossible.

The worst news story of the Christmas season was to see African-Americans resorting to nationwide savagery in order to waste their government entitlement cash on over-priced sneakers. Those shoes are nothing more than a twisted status symbol that won’t improve life. This demonstrates just what we can expect in the future where flash mob violence is becoming an everyday terror tool.

I don’t have any answers that don’t involve stiff resistance to the Obama Administration and their Socialist policies. We must get ready for severe tightening of our police state, suspension of the Bill of Rights and perhaps another Civil War is inevitable.

Our two political parties today are more reminiscent what existed in 1933’s Germany, the National Socialists and the Communists. The current GOP and Democratic parties have changed into something frightening and un-American. Both parties favor brute force war, the TSA and slavery by excessive taxation.

Our nation cannot continue without Civil War because there are too many Americans who will never relinquish their freedom, liberty and what so many patriots died to give us.

Real Americans must band together and learn how to say no to excessive government by the means allowed under our Constitution. Perhaps someday we can again have a Christmas season with liberty, safety, financial security happiness and love.
Posted by Paul Huebl Crimefile News at 12/24/2011 11:14:00 AM

God bless you and yours... May your new year be filled with happiness.

but yes,somethin just doesn't feel completely right anymore with these blessed Holidays.. I think it's the stain of having a Communist President who lies thru his teeth about Merry Christmas wishes, and you just know he doesn't believe it, is a Muslim sympathizer, and really is a racist and Anti-Christian who is mis-leading our Beloved, God-Fearing Country, while bringing it further and further down the toilet, along with his tools, the Mainstream News Media. Anyway, hopefully we will have something to REALLY celebrate at Christmas time next year, the Birth of our Lord, and the ouster of our socialist pink-o Anti-Christian , America Hating phony-as-a-3 dollar bill President.
Blessings and have a great New Year Paul...