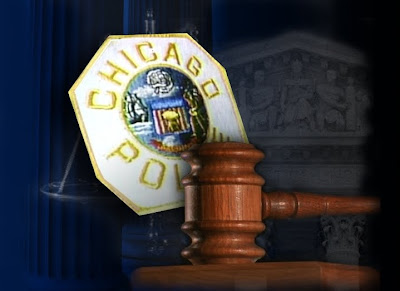 Chicago, IL—I really don’t care what the excuse is for the shortage of Chicago police officers. The Daley Administration squandered every tax dime they could. They went on to tax all of the productive people and their businesses right out of the city. There is no cure in sight and at some point bankruptcy is inevitable for the Windy City.

Understandably they can’t hire and train cops to fight crime. Thankfully the temporary fix of winter weather will do more to keep dangerous criminals off the streets than the demoralized, outgunned and undermanned police department. In the meantime aging cops are retiring at a record pace.

Chicagoans have a right to be safe on the streets and in their homes and businesses and the only meaningful solution left is self-help.

Today 49 other states allow for concealed weapons to be carried by the law-abiding for self-defense. People have been allowed to carry loaded firearms and the sky has not fallen. What has happened is millions of crimes have been prevented without even firing a shot. Criminals are simply too cowardly to take on armed citizens.

Training that begins with conflict avoidance, safety, marksmanship along with the laws and liability of the justifiable use of deadly force must be made available to the law-abiding. The law-abiding should be encouraged to obtain and carry reliable firearms so they can protect themselves, families and businesses.

Chicagoans can’t rely on police for protection when the department is at full strength. Now a depressed economy with more criminals than ever and fewer cops it is unreasonable to deny citizens the right of self-defense. The door is also opened for anyone arrested for carrying weapons to use the necessity defense in court.

Let’s face it the cops can barely keep up with responding to crimes after they happen under normal conditions. Pro-active and preventative police work simply does not exist.

The government has become an accessory to criminals by holding victims down for thugs that rape, rob and murder. The law-abiding citizens of Chicago and Illinois should not tolerate these conditions.
Posted by Paul Huebl Crimefile News at 12/06/2011 03:06:00 PM

In terms of crime and corruption, Chicagoans today reap what they have sown.

In their quest of creating a Liberal Utopia, the ruling elite have stripped the common man of his dignity and liberty, and have made him a slave to the state. It will be no small task taking Illinois back from the abjectly corrupt.

There really are no Constitutional Rights in Chicago, it is a Leftist Dictatorship. The worse is yet to come, and Constitutional Rights in the USA will be a thing of the past, like in Chicago, if bary Hussein Osamabama is re-elected. Concealed Cary is just a smokescreen, the leftists giving way now, because they know that U.N. Mandate will be ordered if BHO gets re-elected, and Martial Law will be used to enforce it, thereby eliminating Concealed Carry, AND Firearm Ownership for American Citizens. First Handguns will be stripped, so you will be able to carry a rifle under your hat, if you have a really big head, but then, soon after, they will be outlawed by the Regime too.

Get rid of the college requirement too many college officers who have never been in a fight and have no street smarts.