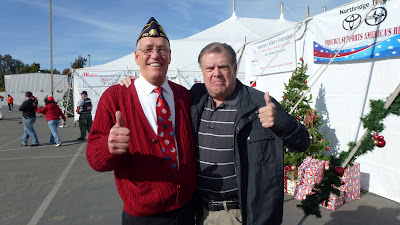 Los Angeles, CA—In this land of crazies and Bolsheviks they are just like the politicians they have chosen. For the most part they are a grandstanding bunch fighting to prove who can destroy the American way of life the fastest. If I seem unfriendly to these elected officials it’s because they have earned my disrespect, as did those who voted for them.

Along the way you meet some rare politicians that actually deserve to breathe our air and have earned their paychecks. City Councilmember Bill Rosendahl of the 11th Westside district is a rare one.

Rosendahl surprised me when I learned he was drafted into the U.S. Army and served proudly and honorably at the same time I did during the Viet Nam War. Rosendahl could have easily avoided the draft since he is Gay. Instead he served this great nation and kept his sex life private.

Being Gay in Los Angeles is not a liability for any politician on the contrary it has wide voter appeal. I have learned long ago that Gay people contribute to society in every walk of life and deserve to be treated with dignity. Yes, I have Gay friends and don’t feel threated by their existence.

Being an Army veteran myself I often attend Veteran’s events and always see Bill Rosendahl there trying to learn the needs of our nation’s heroes. Rosendahl is a lone political voice on this part of the country fighting to protect land and services set aside for these men and women granted to them during times in our history where military service was more appreciated.

Right now men and women are returning from prolonged combat duty in the Mideast with no marketable skills. Some have obvious injuries and others are sitting on dark secrets of depression and undiagnosed Post Traumatic Stress Syndrome. Every one of those patriots, need desperately to become reintegrated into a peaceful society and given a helping hand with jobs and training.

America’s priorities have changed, rather than helping our veterans too many of our politicians want to help illegal immigrants with free citizenship and handouts. We have allowed our politicians to bankrupt our healthcare institutions and schools providing services to greater Mexico and Central America. These same politicians could care less about the men and women making huge sacrifices for our way of life.

There are lots of needy people on our world but priorities should demand that the defenders of our freedom never be shortchanged.

Bill Rosendahl is at the front fighting for veterans everyday. I also have seen this man out on the street of his district asking every citizen in his district not for their support for him but about their personal needs.

I’m sure there are plenty of things I might disagree with Rosendahl about, however his commitment to our nation’s fighting men and women deserves support.
Posted by Paul Huebl Crimefile News at 12/04/2011 06:29:00 PM