Welcome to the Fascist Republic of America 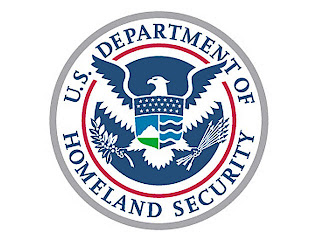 Washington, DC—Today American’s educational system has replaced history and political science with pop culture. We are doomed to repeat history especially when our friends and neighbors don’t know what’s transpired before they arrived.

Communism/Socialism has been romanticized and legitimized by our educators despite the brutality, misery and despair it has brought nation after nation. The same educators won’t tell you about executing people fleeing from Communist/Socialist governments or taking the children of couples away for adoptions with strangers based on rumors that they were planning to flee.

If you ask our Leftist educators about Adolph Hitler or the Nazis you will be told the big lie that they weren’t Socialists. The first thing Hitler did was to redistribute the wealth. The word Nazi replaced National Socialist.

You can’t have Communism/Socialism and a Bill of Rights like we claim to have in America. Marxists say they are all equal but the government does not answer to anyone and the preferred party faithful wallow in decadent luxury while the people starve. Frankly a good Communist/Socialist is a dead Communist/Socialist.

In China today the super rich never pay a dime in taxes while those who must work to survive are simply slaves. Communism/Socialism is nothing less that legalized slavery.

Socialism is supposed to be the kinder, gentler form of Communism. You can’t maintain Communism or Socialism without fascism. Privacy, freedom of speech and due process protections is always the first targets of Communist/Socialist politicians/dictators.

To get the masses to accept our police state, fear is the primary tool. Frightening the citizenry claiming constant terrorist threats, works. History always shows humans will trade liberty for the mere illusion of safety and security. But soon the government terrorizes those same citizens much more than they could ever imagine.

The citizens of Communist/Socialist nations soon become too frightened to demand that their freedom be returned. That’s when the Socialist politicians/dictators brag that they have a 100% approval rating.

In Socialist nations there is never a division of opinion in their administrations. Dissension is always dealt with in secret mass graves.

Today Homeland Security is spreading fear everywhere through propaganda as they take control of every form of travel. They want you to believe everything they do is for our own safety. The real problem is we need protection from Homeland security, that fascist bitch, Janet Napolitano and her army of unwashed and unemployable TSA thugs.

We can either resist Barack Obama and his appointed traitors or live in a world that even George Orwell could not envision. Beware that behind Obama is an army of would-be Communist/Socialist dictators and many of them are in the Republican Party.
Posted by Paul Huebl Crimefile News at 11/05/2011 03:50:00 PM

There is still HOPE for the USA and the state of Illinois.


Ron Paul wins Illinois GOP strawpoll by a complete landslide: 66% Each voter paying money, as a real voter.
Here are some more facts for you:

Ron Paul is the candidate that is receiving 71% of all military service members political contributions.
President Ron Paul will make a fine Commander-in-Chief!

Paul, what a perfect commentary on the evils of Socialism! I like the part at the end about "Republicans." The majority of Republican politicians are all for bigger government, more regulation, more taxes, more expensive wars we can't afford, and less freedom. Their rhetoric is often otherwise, which fools a lot of people.

There are enough red-blooded, Flag-loving Americans left, that the Republican-Democrat Dirty Combine will not succeed in completing the plans of their masters, the Fascist-Bankers, who desire a complete takeover of our nation.