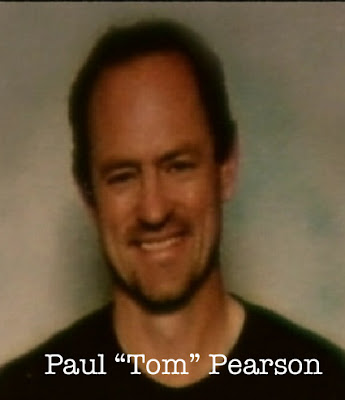 With minimal evidence cops chose to arrest long time Scottsdale lawyer David Appleton, 59 for murder in connection with the fatal shooting of Paul “Tom” Pearson, 50. The facts are that Pearson took offense to Appleton’s driving and decided to chase down and assault the older lawyer.

Apparently Pearson selected the wrong person to place in a martial arts sleeper hold. The lawyer was lawfully armed with a .38 caliber revolver and shot his assailant in obvious self-defense.

Appleton is not without friends that know he is a gentle and reasonable man. These folks met me at the scene of the shooting to speak of for their friend.

Additionally these folks also expressed sadness for the dead man’s family saying this tragedy did not have to happen if Pearson simply let pass whatever driving failure he had witnessed. You can’t simply reach through the driver’s window and choke out every crappy driver.

The question remains if County Attorney Bill Montgomery will follow through with a prosecution of David Appleton. You can indict a ham sandwich for anything these days but fairness must prevail.

Here is the video from the scene:

I think it's great that you are trying to help out in this case. What I will never understand is why the police would even consider charging the victim. Perhaps someone in the Scottsdale PD hates the idea of private citizens legally carrying firearms? For some reason there are lots of cops who think they are the only ones who should be able to carry firearms.

There is a massive amount of lies being spread about this case by Tom Pearson’s pals. The story he was out to buy medicine at the CVS does not wash since he was certainly well enough to chase down and assault the lawyer.

Like it or not Arizona lawmakers have given everyone the same legal protections that allow deadly force to be used on home invaders when criminals invade our motor vehicles.

The cops know that the lawyer’s shirt was ripped. The cops claim that the lawyer was not injured. I did not know that police academies trained police officers in medicine. Why didn’t they take him to a physician and let their theory be validated by a professional?

Where are the 911 calls? They always love to release them to the media but not on this case. What’s that about?

For the Scottsdale police to claim that the lawyer’s two previous calls to 911 reporting other drivers is suspect or an indication of unreasonable behavior is a sure sign that they don’t have evidence to support their theory.

I feel bad for the dead cowboy’s lovely wife and daughters. They are in a financial mess and don’t deserve what they are going through. They are innocent bystanders that deserve the love and support of the community.

The fact is sometimes people’s tempers control them instead of the other way around. The fact that Pearson lost his temper and tried to throttle a driver that pissed him off cost this father of three his life.

The lawyer deserves nothing less than a fair review by the County Attorney before charges are actually filed or an indictment sought. The law is the law and the lawyer’s use of deadly force was in fact authorized by law.

"What I will never understand is why the police would even consider charging the victim."

The police don't charge anyone, the states attorney looks at the evidence and decides whether charges are warranted.