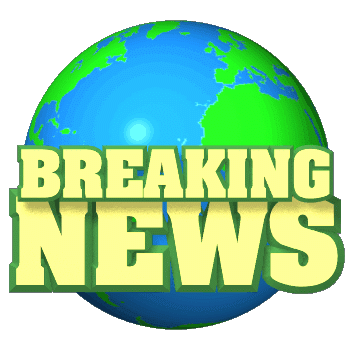 Phoenix, AZ—David Appleton has had a very rough and expensive week. Last Thursday night the 59 year-old lawyer was chased down Pima Road by an angry driver who cornered him behind a drug store, jumped out of his vehicle and attempted to strangle him. Appleton apparently produced a .38 revolver in an effort to halt the attack. When the sight of the gun had no effect on his younger assailant a single shot ended the life of an angry, Paul “Tom” Pearson.

Scottsdale police refused to believe Appleton’s claims of self-defense and arrested him on murder charges. The Maricopa County Attorney’s Office reviewed the known facts and physical evidence and found there was insufficient evidence to support the charges. Prosecutors motioned the court this morning to dismiss the direct complaint.

Should the Scottsdale police find enough evidence for probable cause they may bring it forward to prosecutors for prosecution. For now Dave Appleton is free.

Everyone in the defense side of this case including David Appleton recognize the sorrow that Pearson’s wife and three daughters are going through right now. I think it’s fair to say that Pearson had a good side that his family and friends will miss. I hope that his family is able to move on and experience success and love that Pearson surely would have wanted for them.

There is a lesson to learn here and that’s to try and ignore those drivers that irritate all of us. Arizona gives motorists the same protection and people have in their homes. Deadly force can be used to prevent crimes and assaults in cars as well as homes. Conflict avoidance is always the best policy.

Congrats to David. The same thing happened to me 4 years ago, in an FJ Cruiser, on Pinnacle Peak, at night, by a druggy that had a .19 BAC, who choked me. But I am not an attorney. The same day Appleton was released, my jury was hung after 2 months of trial. I gues I should have gone to law school.

It's worthy to note that were it not for the professional private investigation that you Paul afforded Mr. Appleton, that he may very well have had to go through a most expensive trail - he should kiss your tush in Macy's window to say the least! As for your kind remarks for the deceased family, all well and good BUT, lets not lose sight of the fact that it was Pearson who got out of his vehicle and choked Mr. Appleton and who placed him in far of death so much so that Appleton shot him to save his own life in self defense. Well done Paul!

I'm proud to specialize in deadly force, self defense cases. My clients compensate me well and I give them all I can accordingly.

I knew there were things the Scottsdale police did not know or overlooked. I was blessed by being called in early enough to uncover information in time to make a difference.

Nobody, especially David Appleton wants to take a human life. Though justifiable and necessary this even will forever change this senior lawyer's life.

Great result Paul. Also, you are very gracious to consider the innocent victims of this tragic incident.

Great job Paul. You really followed this one from the beginning and were very informative.
Great blog!

Bill Montgomery is doing the right thing because it is the government that must prove that Appleton broke the law, not the other way around.

The evidence is clear that it was Pearson that chased and assaulted Appleton. All bullies deserve what Pearson got, lead poisoning!