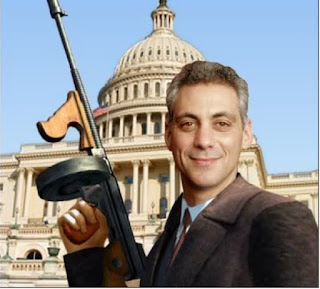 Chicago, IL—The city I was born and raised in has become tyrannical and oppressive. Crooked politicians have turned taxpayers into a human ATM machines enslaving them. The time for resistance is long overdue. The best form of resistance is for taxpayers to remove themselves from the city radar.

They can only own you if you let them so why would you allow that? In the coming weeks I will tell you how to force these crooks out of your pockets. You can make life miserable and impossible for your slave masters.

Let me begin by telling anyone charged with any city ordinance offense to demand a jury trial. Juries won’t convict you any faster than today’s judges but if everyone demanded a jury trial the courts would collapse in a single day. Chicago’s officials could not begin to handle that kind of overwhelming pressure.

You can vanish from the extortionists that are out looking for new ways to rob you through their raw power. Stay tuned right here and you will see your magical powers! Watch the short video below:

Paul, you couldn't have said it better. I grew up in Rogers Park in the '60s and '70s, but I've lived in a small Southern town since I got out of the Military. I always carry an air weight 38+p snub nose concealed in my front pocket. Occasionally I visit family who remain in Chicago. When I'm in a Subway, Dunkin Donuts, etc. and CPD is in the store I crap my pants even though I'm a law abiding citizen, because I'm carrying concealed. When I'm back home in a Subway, Hardees, etc. and local Police or Sheriff's Deputies are in the store I'm completely at ease because I'm a law abiding citizen with a concealed carry permit.

Paul, Thanks for any and All help possible. The Dept of Revenue Sharks in Crookago are now snooping around and writing our Law-Abiding Taxpayer-Motorists Tickets while their cars are parked, for having more than one City Sticker on the Windshield, in the guise of 'safety" as the additional old stickers, whether one or more, are blocking the drivers view. If this is the case, isn't just ONE City Sticker at least PARTIALLY blocking the Driver's View? I guess that the part of the drivers view being blocked by the current City Sticker is OK, but the part of the driver's view being blocked by the expired City Sticker is not. Please let everyone in the City know Paul, if they don't already. Anyway, please keep up the good work, it is appreciated. As for myself, I cannot stand this place any more and just have to get out of this Moscow by the Lake Communist Mecca of Crookago before I go 10-1. !!!

Hey,at least you can SBR that Auto-Ord in Illinois now if your a member of a reenacting society and hold a C&R license.