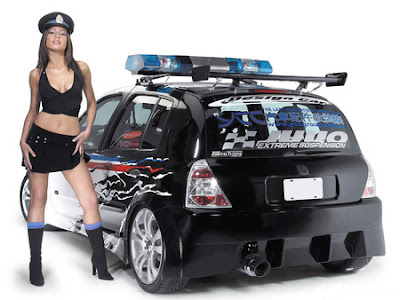 West Covina, CA—In this Los Angeles suburb, there is a major scandal! It seems actors wearing police uniforms, driving city owned cars made a little spoof film and posted it on YouTube. Real cops are suspected with involvement in this major transgression.

The city’s politicians were not amused and began an investigation. The beef is the “misuse” of city equipment and working without a film permit required for commercial productions.

I’m sorry, I see don’t see anythinging wrong unless there is a legitimate victim. This should happen more often especially since the equipment and software is so inexpensive and easy to use. No this film won't make it to the Academy Awards any time soon but the film makers are learning and may just make it there someday.

Just so you know the gunshots were simulated with the special effects of Final Cut Pro software.

In case your wondering, I had nothing to do with this film. That’s my story and I’m stikin’ to it!