Conrad Murray Verdict Is In 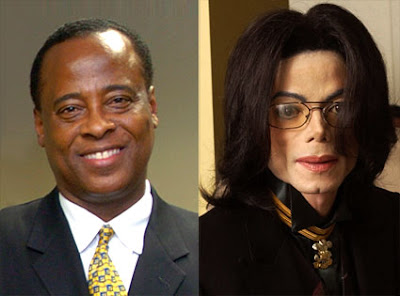 Los Angeles, CA—The loonies are all over the Criminal Court Building at 210 Temple Street. This is the location of many high profile trials that attract idle and pathetic people who apparently need to get a life. They chant, carry signs and demand guilty verdicts and punitive maximum penalties. They absolutely have a First Amendment rights to show their ugly ignorance.

Anyone observing a criminal trial who would pray for a guilty verdict or cheer if one was reached needs serious mental health treatment.

The jury has deliberated on this Manslaughter trial less than three days. We are all trying to fathom what the jury has guessed who was responsible for Michael Jackson’s death. The verdict will be read at 1:30 PM Pacific time.

The verdict is Guilty--November 29, 2011 is the date for sentencing. Judge remands Murray to custody pending sentencing even though he may well get probation.

I have to ask what defense lawyer would allow a client suspected of a serious crime to be interviewed by police? It was Murray's own words that caused this conviction. NEVER TALK TO THE COPS UNLESS YOU LIKE PRISON.
Posted by Paul Huebl Crimefile News at 11/07/2011 12:25:00 PM

I personally was not surprised by the verdict. Unlike the Casey Anthony verdict, there was no sympathy factors here. There is no hot girl or anything that would cause the jury to be sympathetic to the cause.

Dr. Murray presented as a greedy doctor that was out for the money.

The USA of Northern Illinois, Patrick Fitzgerald shall soon be the Director of the FBI or he shall soon take Eric Holder's position as US Attorney General.


So sad, that Cavan roots turn so ugly...

For some folks, their ego gets in the way. That is what happened here.

This doctor deserves to be in prison for felonious stupidity.

He was hired as Jacko's private physician for $100,000 a month. And he gives his his golden cash cow a fatal drug overdose after a few months?? What an idiot!!!

If I were Jacko's private doc, first thing I would have purged the house of every possible drug.

He would get the healthiest meals possible. Like oatmeal, skim milk, dry rye toast. Lunch would be lean meat, maybe salads. And an exercise program.

All visitors would be health screened prior to coming in the house.