Occupy Wall Street Facing Death at the Hands of the Weatherman 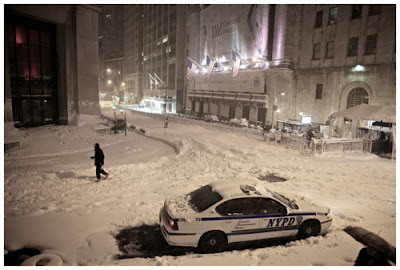 New York, NY—Soon the streets of New York and many other places know for brutal winters will become uninhabitable for the confusing unhygienic mix of Obama supporters begging for their 15 minutes of fame as occupiers of Wall Street.

The OWS relevancy is as confusing as their rambling rhetoric. Even the group’s spokespeople can’t seem to articulate their goals beyond their desire to disrupt. What they’ve accomplished was to bring new blight to local commerce and others trying to make a living near their local government sponsored encampments.

Thankfully the rain, cold, sleet and snow is on the way. They can be counted upon to leave their garbage and lots of damage behind as they seek shelter elsewhere.

The free food, drink and drugs they’ve enjoyed will disappear. The OWS distraction did provide some much needed protection for Obama from the nasty scandals that are finally devouring his administration.

I sincerely hope that the entire Obama Administration does not survive its first term. Barack Obama’s attempt to incite a Socialist Revolution has failed and he deserves to be purged from our Whitehouse for his Treason.
Posted by Paul Huebl Crimefile News at 10/18/2011 08:38:00 AM

Contending with the elements will most likely clear the streets.