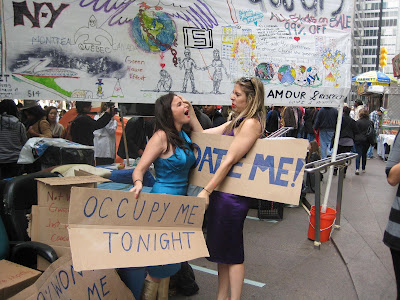 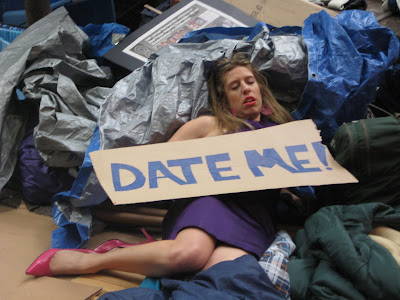 New York, NY—The Occupy Wall Street protest has not been a boost to either Obama and the Socialists that funded the publicity fiasco.

The OWS gatherings have simply turned into encampments that have attracted freeloaders, partygoers and perverts. There are no coherent clear voices being heard with any pro-Obama messages.

The OWS is falling out of favor in the Leftist run city official where they were welcomed. Now the same officials are red-faced as they deal with ways to discourage and remove these useless squatters.

The squalid mess the OWS attendees are leaving behind stands as a scandalous monument to the Global Warming and recycling agendas of the Left. The damage to the landscaping at the Los Angeles site stands at well over $400,000.00. The cost for police overtime along with portable toilets, rain ponchos handed out by the city to the squatters has not been addressed.

The whole point of the OWS movement seems lost on some vague anarchy message. This movement did not spark the Socialist revolution that Obama had hoped to see.

Pretty Noemi Schlosser and her friend have taken to the streets to help lend diversity to this group! Noemi has even gotten me interested in joining OWS too! Power to the 1%!!!
Posted by Paul Huebl Crimefile News at 10/25/2011 07:44:00 AM

These are Obama's core supporters: malcontents and ne'er-do-wells.