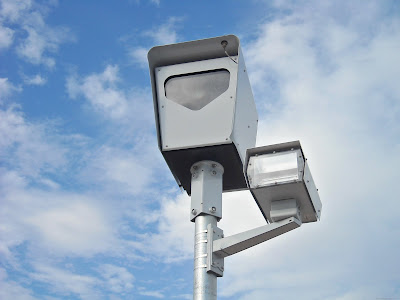 Chicago, IL—The undermanned, outgunned and demoralized Chicago police officers will become full-time extortionists if city officials have their way. Preventing crime has been a secondary mission for cops over the last decades anyway.

Chicagoans will be living in fear of their cops because they know the city’s uniformed bagmen will be the ones out enforcing collection. Will cops be personally endangered and suffer additional ridicule and disrespect? Frankly there will be no way around it if the city goes through with plans for those controversial photo traffic enforcement camera schemes to generate revenue.

Make no bones about it, they care not about your safety it’s your purses and wallets the politicians want. If you were thinking of abandoning Chicago anyway this should drive you right over the edge.

The cameras sound simple at least to the ignorant. The people victimized the most are the low paid delivery people and cab drivers. Anyone who must drive to earn a living will be severely punished. These are usually the people that can least afford to be handing over their meager earnings to city bagmen.

Chicago will never get serious about government corruption and or their overly inflated City Council members and party faithful living in luxury. The aldermen with generous salaries, slush funds, bribes and non-stop perks will never miss an opportunity to stuff their wallets at the expense of everyone else.

As for operating a traffic camera program that’s always left to a connected private company that knows how to generously fund re-election campaigns. Along the way they always take the lion’s share of the proceeds anyway.

The sheep of Chicago will just live in more fear and blame the cops that will be the ones towing cars and arresting the pizza delivery guys and cab drivers that are unable to pay the extortion.

In America through our Bill of Rights we have long ago outlawed hearsay evidence in our courtrooms. Photos and such are hearsay evidence without a live witness providing sworn testimony. Don't worry the local courts will subvert that too in their zeal to create funding.

Chicago’s officials refuse to accept that they can only entice revenue generating businesses and employers through tax incentives. Extortion is the method of thieves, thugs and dictators.

I beg the people of Chicago to reserve their violence for the politicians that have brought this blight and not the cops being put in the middle. Frankly history shows us that violence is the only way to end tyranny.
Posted by Paul Huebl Crimefile News at 10/21/2011 09:23:00 AM

Crookago has just become a total replica of the failed Soviet Socialist Union..

New York is the only city in the country with more alderman than Chicago.....ONE! And they have eight million people.

Why do we need fifty? I say 18 would suffice. Now that would be a start, but whoever heard of a politician voting his job out of existance?

I wonder what the ballistic protection is on those camera/sensor housings???

So having traffic cameras to catch people who run red lights is tyranny now? Really? Come on, man.

I am nearly brought to tears by ignorant Americans like you that are products of what our teacher’s unions claim is an education. You’ve apparently not heard of the Bill of Rights in our Constitution that we have fought wars to protect.

Robot cameras cannot jump up on a witness stand in an American courtroom and testify under oath. Photographs can be introduced provided an eyewitness can swear he saw what the photographs seem to show. Nobody can cross-examine a photograph. They sidestep the law just to confiscate the money of citizens.

The government’s confiscation of property without DUE PROCESS OF LAW is again TYRANNY!

The theft of taxpayer’s funds by anyone is a crime but when the government does it its TYRAANY.