Firing Teacher for Anti-Semitic Statement is wrong and Un-American 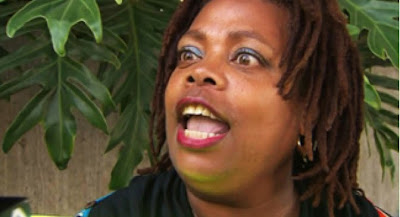 Los Angeles, CA—A substitute school teacher, Patricia McAllister, spoke out at a recent Occupy LA protest, saying the Jews run the nation's banking infrastructure and should be forced to leave the U.S.

McAllister made the remark in front of the LA Unified School District headquarters on Monday. The remark resulted in this teacher’s dismissal. District officials claimed to support McAllister’s right to speak but said they’d, “never stand for behavior that is intolerant, disrespectful or discriminatory."

Official’s claimed that McAllister was an “at-will” employee that could be removed without a reason.

I guess those government officials need to go back and familiarize themselves with our Constitution that gave McAllister the right to voice even unpopular speech.

Had McAllister been indoctrinating school children to embrace her intolerant opinion that would be significantly different. The fired teacher was off-duty when she made her statement.

Now the taxpayers will be paying for the stupidity of school district officials that violated McAllister’s rights. Perhaps it is time to stop indemnifying rogue government officials and let them pay for their actions from their own pockets. Watch McAllister making her incendiary remarks below.

Free speeach.The woman has this right.Its not a hate crime to say kike,cracker,spic or shine.

FIRED FOR TELLING THE TRUTH

Obviously this woman doesn't know very much. It's the WASPs that run the banking system.